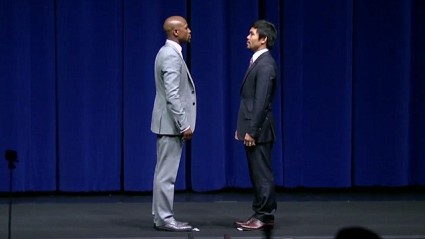 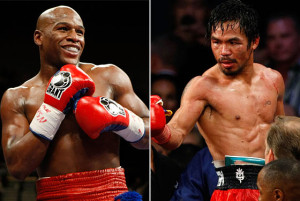 While veteran trainer of 26 years, Eric Brown, thinks Manny Pacquiao has speed in his hands and lightening in his feet, he believes Floyd Mayweather Jr.’s ability to adapt like water in a glass, makes him the best in the sport.

Because of Brown’s history at the Wild Card Gym, one might expect him to have an inside look at how this fight can play out. However, he only discussed Mayweather and Pacquiao’s strengths, not who he thinks is going to win.

“Manny has very, very fast hands but what Manny has even faster is his feet. His footwork is incredible,” Brown said in an interview on fighthype.com. “Floyd is maybe not the fastest guy out there, but he’s so accurate and so precise and such a great technician that to me, I think he’s still the best fighter in the game.”

In 1996, he co-trained James “Lights Out” Toney with boxing guru Freddie Roach and became a resident trainer at the Wild Card years later, according to an article by Steve Kim in 2012.

On top of that, Brown was a fighter himself and trained at the legendary Kronk Gym in Detroit, during the gym’s golden age when the likes of Tommy Hearns was toppling the welterweight division. He’s seen the best at their best and knows a top fighter when he sees one.

“Floyd has got to be the best guy out there at adjusting and adapting to what other style’s around,” Brown said. “I mean he’s been in there with just about everybody you can imagine and all different styles, and even though people may have given him some difficulty from time to time, he’s found a way to turn it around and overcome the situation.”

While Mayweather may very well be the best technical fighter in the world, boxing like many other sports, is not always compliable with the rule that the best always wins. Leonard didn’t beat Duran (at first), Robinson didn’t beat Fullmer (at first), and Louis didn’t beat Schmeling (at first). There are “x-factors” in boxing, intangibles like will and an unforeseen hook that prevent things happening the way we think they should. The thing about boxing is it doesn’t matter who’s best, what matters is what happens after the opening bell.