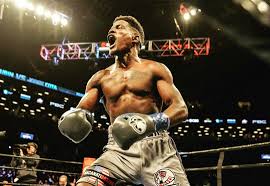 Almost a month ago Erickson Lubin had the biggest win of his career when he took on and beat down former junior middleweight champion Ishe Smith. It was his second fight after suffering a first-round knockout to Jermell Charlo back in 2017. Smith, on the other hand, was way past his prime and had lost three of his last five fights.

Last Saturday, Lubin was present on Showtime and had his attention on the main event between Brian Castaño and Erislandy Lara. When asked by Showtime who Lubin thought would win that fight he correctly predicted it would end in a draw.

Since there was no official winner a rematch between the two fighters may easily happen but if not then Lubin would like to throw his name in the mix.

“I wanna get it shaking with Brian Castanõ next,” stated Lubin via Twitter.

It could be an interesting fight and a win would put him in line to face the top names in the division but is the win over Smith really enough to get him a fight against Castaño or should he have one more fight against a legit opponent first?