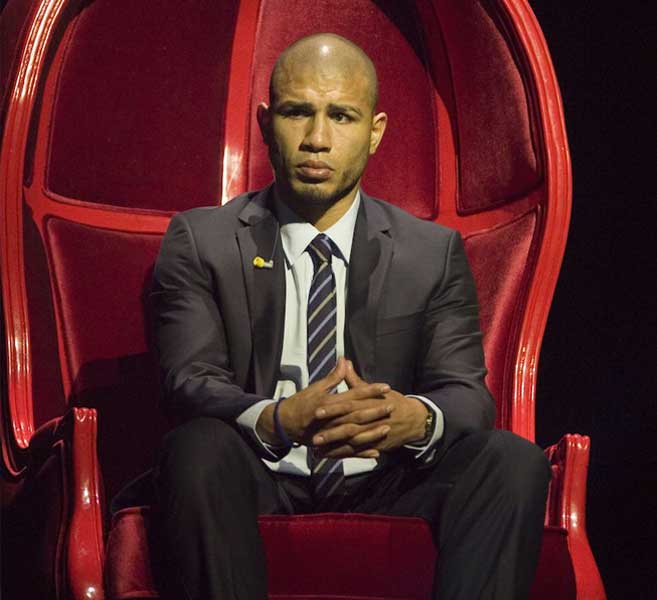 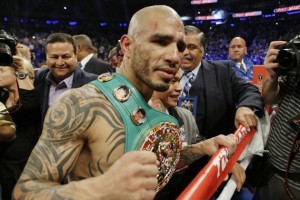 We had all hoped to see Miguel Cotto against Saul “Canelo” Alvarez this year, but that’s not happening. Cotto and Andy Lee seemed possible for last year, but it is no longer an option for Cotto, at least not next and certainly not if Cotto expects to fight in either May or June. Not many expected a rematch between Floyd Mayweather Jr. and Cotto before the year began, but it seems more likely as the May 2nd date approaches.

The problem for Cotto is that the deal wouldn’t get made until Mayweather knows that a deal with Manny Pacquiao cannot be reached.
It isn’t clear who Cotto will fight next, but the biggest fights available to him are no longer controllable situations. To throw a wrench into the situation, it seems like we can add another opponent into the potential equation for Cotto as ESPNDeportes.com reports that Erislandy Lara is being considered as Cotto’s next opponent.

Lara has been tentatively scheduled for April or May, but his manager Luis De Cubas Jr. tells ESPN Deportes that Cotto is now the primary focus, and they are waiting for word from Al Haymon, Lara’s advisor.

“Lara was waiting to fight in April or May. What we’re working on now is the biggest fight, that is Cotto,” De Cubas Jr. told ESPN Deportes.

It isn’t clear how realistic a matchup between Cotto-Lara is but it would be a huge curveball if Cotto ended up facing Lara, especially after the other potential blockbuster matchups that fell through. I doubt that this fight is a real possibility, but De Cubas Jr. seems to have things figured out and it is obvious that he has put serious effort into figuring out the nuances necessary to strike a deal with the Cotto camp.

Without a real knowledge of Cotto’s preference, De Cubas Jr. seems willing to accept Lara’s role as the B-side and flexible to the unpredictable demands that may come. One example is deciding which division the fight takes place in and the various titles that would be on the line depending on the agreed upon weight class. Lara is the WBA “regular” junior middleweight champion, and Cotto is the WBC middleweight champion.

De Cubas Jr. is open to any scenario that gets Lara in the ring with Cotto, whether that means Lara is defending his title or fighting for Cotto’s belt at 160lbs. He is confident that he can get the WBA commission on board.
Cotto is definitely calling the shots for any negotiations with Lara, but Al Haymon is the only man that can truly make this a reality for Lara.
“It’s what we’re working right now with Al Haymon,” De Cubas Jr. told ESPN Deportes later in the interview. “We want to finalize a fight with Cotto. It is one of the best fighters in the world and we know that would be a great war.”

There has been speculation that Cotto could fight Timothy Bradley if the Mayweather bout is a no go, but De Cubas Jr. believes that fight is beneath Cotto.

“When I look at that (potential Bradley fight), I see it as an easy fight for Cotto. With Lara, it is more difficult.”

De Cubas Jr. said that if Cotto is unavailable then a unification title fight with Demetrius Andrade is possible, and a fight with Joshua Clottey is also being considered.