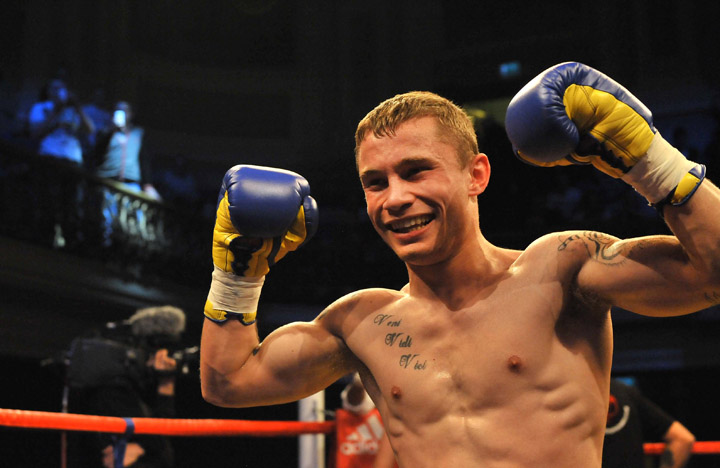 ESPN3’s coverage of Saturday’s card from Belfast will also include the British and Commonwealth featherweight title fight between champion Lee Selby and Belfast’s challenger Martin Lindsay, as well as the light welterweight contest between Dungiven’s Paul McCloskey and American lightweight contender Manuel Perez.

“It’s great news that ESPN3 are showing the fight live,” said Frampton, 2-7 favourite with Betfair. “I knew that when Molitor replaced Kiko Martinez that I was facing a tougher opponent, but that would mean more people would want to watch the fight.

“I know it’s going to be a great fight and I hope that the American fight fans like what they see in me as I would love to box in the States one day.”

The fight is broadcast live in the UK by Sky Sports and will also be shown delayed in Molitor’s homeland of Canada on TSN.

Please find below the latest odds on Frampton vs. Molitor with Betfair: http://sports.betfair.com/boxing/event?id=26889012&exp=s

There are also fixed odds now available on McCloskey vs. Perez: http://sports.betfair.com/boxing/event?id=26892352&exp=s

About ESPN3
ESPN3 is ESPN’s live multi-screen sports network, a destination that delivers thousands of global sports events annually and accessible online via WatchESPN.com, on smartphones and tablets via the WatchESPN app and through ESPN on Xbox LIVE to Gold members.  It is currently available to 73 million homes at no additional cost to fans who receive their high-speed Internet connection or video subscription from an affiliated service provider.  The network is also available at no cost to approximately 21 million U.S. college students and U.S.-based military personnel via computers connected to on-campus educational networks and on-base military networks.