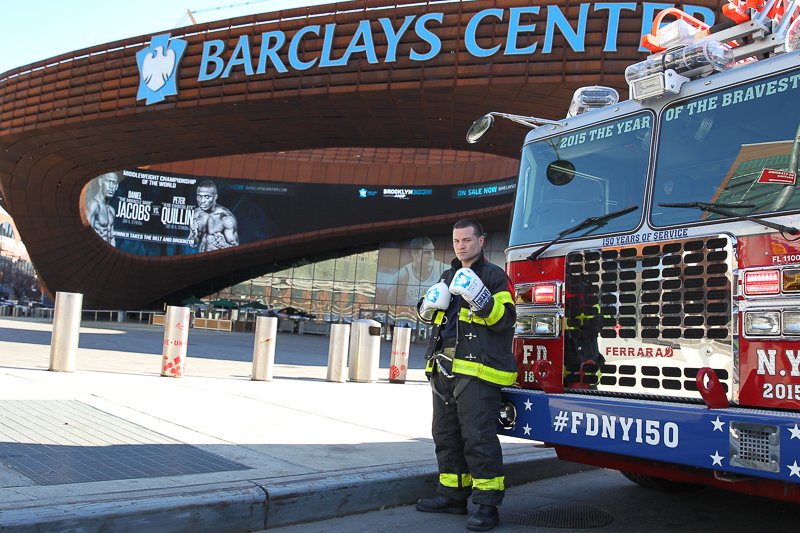 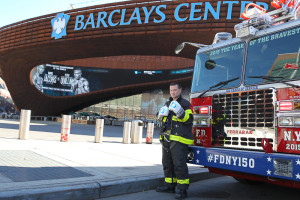 New York City Fire Department (FDNY) Engine Company 234 in Brooklyn firefighter Will Rosinsky (19-2, 10 KOs) is ready to represent the FDNY when he takes on Joe Smith Jr. (19-1, 16 KOs) in a 10-round light heavyweight clash on Saturday, December 5 from Barclays Center in Brooklyn.

Rosinsky will face one of the toughest challenges of his career in the undefeated Smith Jr., but he will be spurred on by the brave men he works with outside the ring on a daily basis, “I feel like I have the whole fire department to represent and that’s what is going to drive me in the fight,” said Rosinsky.

“Fighting in New York, especially Brooklyn, where my training first started, gives me a sense of comfort as well as motivation. Being a local kid and working in that borough, I feel like the FDNY will be at Barclays in full force to support me alongside my day-one fans.”

A 2005 U.S. amateur champion, Rosinsky won the New York Golden Gloves tournament an astonishing four times before turning pro in 2008. Throughout his pro career, he was also working fulltime as an EMT specialist.

However, after a victory in December 2012, Rosinsky was forced to step away from the sport while transitioning to become a fulltime member of the FDNY. At the conclusion of his probationary period from the FDNY, Rosinsky was finally able to resume his boxing career in the spring of this year. Now, he spends time on both of his professional passions.

“I have to have equal dedication to both crafts and the preparation can be very similar,” said Rosinsky, who began his career 14-0. “You have to prepare for the worst case scenario in a fight and worst case scenario with a fire. Those fires are much more dangerous though.”

Tickets for the Rosinsky-Smith bout, which is promoted by DiBella Entertainment in association with Joe DeGuardia’s Star Boxing, start at $50, not including applicable fees, and are on sale now. Tickets can be purchased online by visiting www.ticketmaster.com, www.barclayscenter.com or by calling 1-800-745-3000. Tickets are also available at the American Express Box Office at Barclays Center.