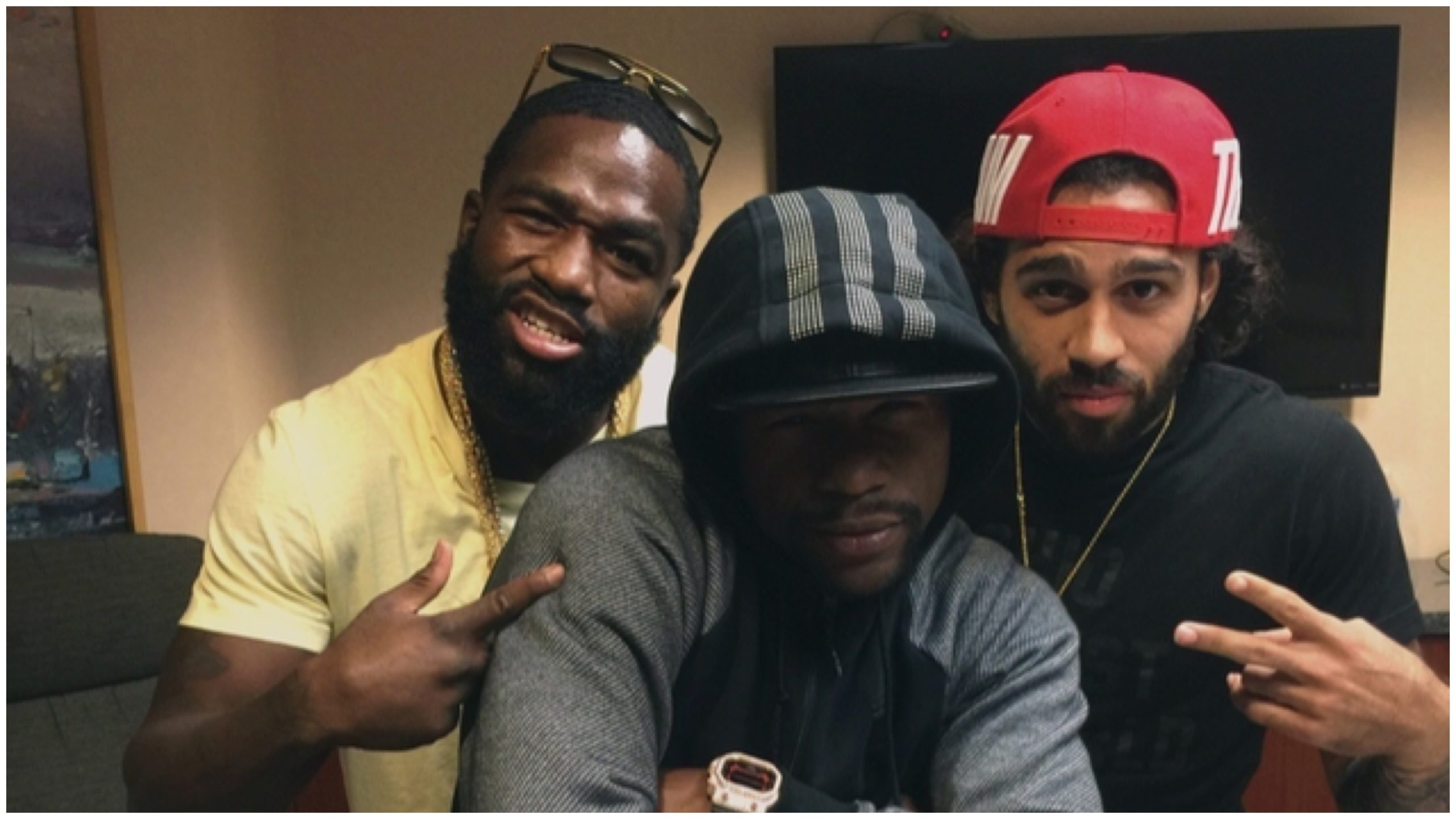 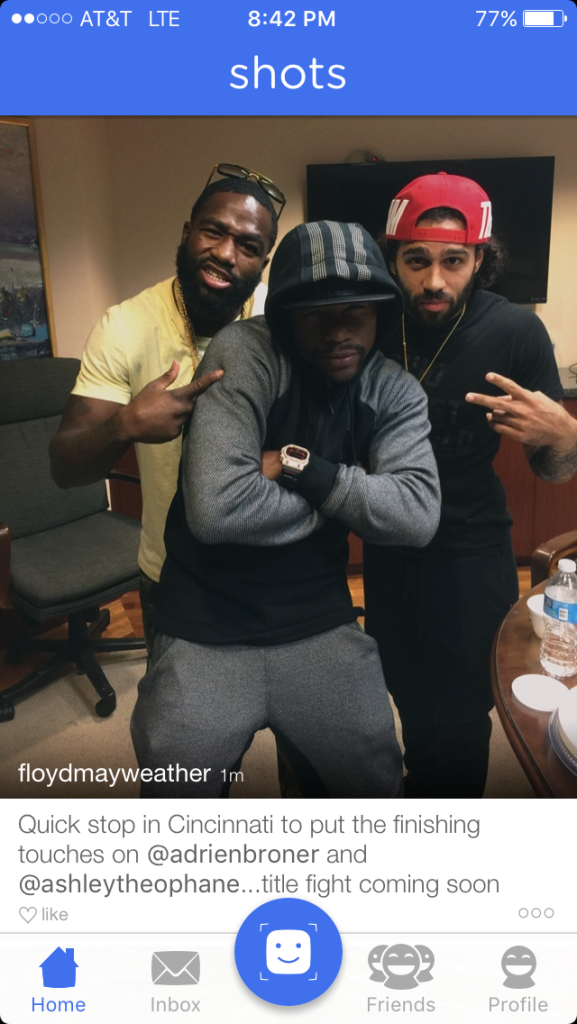 Not a week has passed since Adrien Broner scored a TKO victory over Khabib Allakhverdiev in his “comeback” fight on Showtime Championship Boxing, and now the target has shifted for the Cincinnati-born fighter as he focuses on the next fight. Broner was attempting to return in a big way after taking the loss in a major promotion against Shawn Porter in the summer.

One of the major storylines heading into Broner-Allakhverdiev was the fact that the fighter nicknamed “The Problem” was done with causing them. Broner spent most of the lead up trying to convince everyone that his bad boy days were behind him and he had rededicated himself to boxing, changing his A.B. “About Billions” moniker to “About Business.”

He certainly looked the part as he claimed a vacant WBA junior welterweight title in his hometown of Cincinnati, Ohio at the U.S. Bank Arena.

Before Broner’s win over the weekend, reports started to surface on a potential fight between Broner (if he was successful) against 35-year-old Ashley Theophane (39-6-1, 11KOs). Those reports were coming straight from the recently retired kingpin Floyd Mayweather Jr.

Floyd mentioned in the media that he was hopeful that a deal could be reached between Broner and Theophane for the title. Now, it seems like that is exactly what is being targeted for both fighters.

Everyone is familiar with Mayweather’s relationship with the man he refers to as “little bro” (Adrien Broner). Boxing fans and media made quick comparisons between Floyd and Adrien early in Broner’s career, and those similarities grew stronger as Broner began to adapt the overzealous persona Floyd trademarked in boxing.

However, Floyd’s relationship with Theophane is fairly new by comparisons to Broner. Floyd and Theophane have grown closer over the past year with reports that Floyd purchased a vehicle for the fighter.

A recent post from Mayweather’s Shots app (pictured above) shows Mayweather posing with Adrien Broner and another man. The picture is harmless enough, but the caption from Floyd read “Quick stop in Cincinnati to put the finishing touches on @adrienbroner and @ashleytheophane… title fight coming soon.”

Broner, then, took to Instagram and posted the same picture with a caption that read: “Floyd came through to talk business #BronerVSTheophane #AboutBillionsPromotions #DateToBeAnnounced.”

The most interesting piece of promotion was a conversation Broner posted on his Instagram shown below. 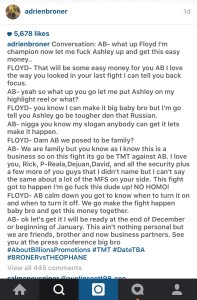 There is no way of knowing whether or not that conversation was fake (chances are it was), but regardless there are plenty of reasons to believe that Broner and Theophane are headed towards an immediate clash in 2016.