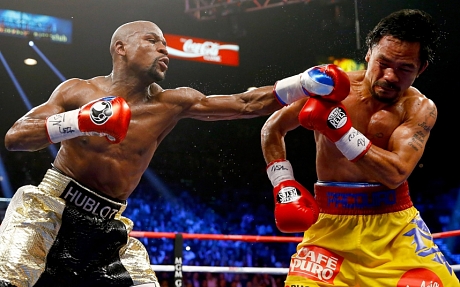 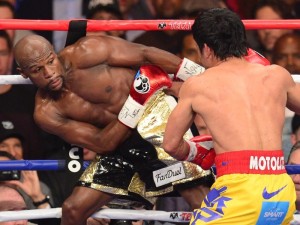 Floyd Mayweather Jr. vs. Manny Pacquiao was titled “Fight Of The Century ” and took over five years to make. The fight itself took only 36 minutes to disappoint fans that were expecting to see a tremendous back and forth battle of epic proportions. Would these same fans tune in and do it all over again if they were given the opportunity to? Well, they may just get that chance.

In a recent online post from ESPN’s Sports Center page on Facebook they announced that Mayweather has texted Stephen A. Smith of ESPN and has stated that he is willing to give give Pacquiao a rematch. Text or not, what is the likelihood of this actually happening?

After their fight Pacquiao stated that he had a shoulder injury and is now facing a possible fine and/or suspension and he may have to go into surgery. Mayweather has one fight left on his contract which he plans to finish by September so if Pacquiao has surgery the possibility of that fight happening is significantly reduced.

Aside from those roadblocks it might just be a tough sell. The first fight did not produce fireworks, the undercard was weak, and the fight was overpriced. With the bad taste that Mayweather-Pacquiao I left in so many mouths, it may have been its own worst advertisement for a sequel. Fan’s reluctance to purchase the next Pay-Per-View may be an even bigger obstacle than any expected surgery or retirement.