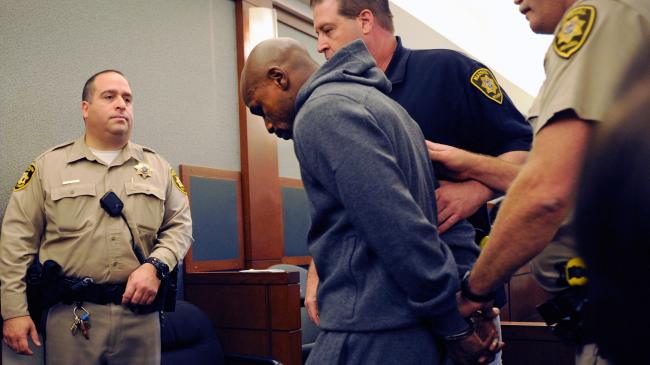 I have sat back for months and read tweets, articles, and also blogs about Floyd Mayweather’s case. I’ve heard people defend him and some wishing he would get the death penalty, its nonsense. Only two people know what really happened that night. Everyone’s version is speculation and window dressing.

Whatever went down that night could or could not have been prevented, but for people to lean anyway is wrong. Sometimes media and fans have to understand, just because you don’t like a person shouldn’t mean you should rush to judgment, or because you like them, assume they can do no wrong.

Josie Harris and Floyd Mayweather both need to know they have three kids together. Disagreements between the both should be handled in a civil way. Both need to be setting examples instead of negative headlines. It’s not right for any man to hit a woman or vice versa.

What people are surely missing are the three children that are caught in the middle of this. When things like this happen, it’s a lose-lose type of battle because a father is in jail and the kids lose out. People that don’t like him maybe happy, but remember he’s still a father.

The other side is a single mother who has to raise three kids by herself. That’s unfair, so who really wins? This is bigger than boxing. This is life. So as a fan or a hater, is this an outcome to glorify or to celebrate? If you said yes to either, you need to seek help because it’s that’s not cool. I hope Josie and Floyd both become better people and try to work together to see the bigger picture and live their lives in peace.