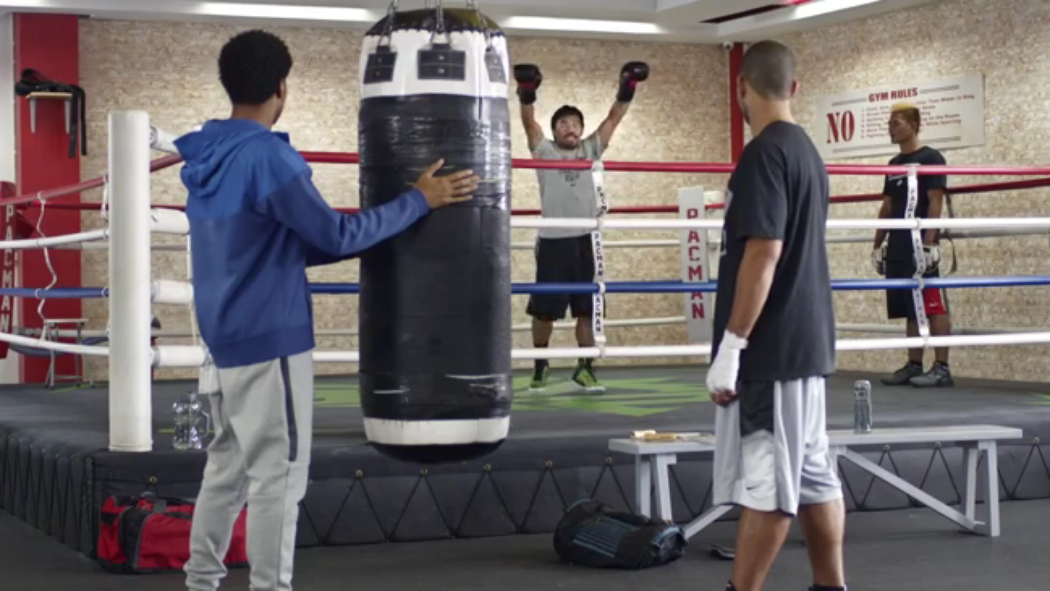 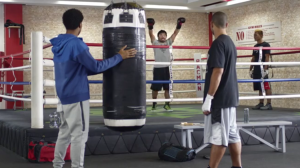 In a recent Foot Locker advertisement, they indirectly sent a message stating Floyd Mayweather Jr. is avoiding a fight with Manny Pacquiao.

“Yo did you hear the Week of Greatness is thanking Foot Locker.”

Then Pacquaio overhears Person B tell Person A: “People wanted it and Foot Locker made it happen.”

Then Pacquaio ask the two people: “Wait so the thing people wanted it, it’s going to happen?”

The subliminal message in the advertisement is more proof of how the world believes Mayweather is the one avoiding the fight, which in reality is not the case.

The fight between Mayweather and Pacquiao was first negotiated in 2010. According to ESPN the fight was all set to go until Mayweather requested random drug testing done by USADA. Pacquiao’s camp refused to undergo stringent testing, and Arum said that’s it, the fight is off.

Then when the Cold War emerged in boxing, which made Mayweather-Pacquiao nearly impossible to make, along with many other great bouts that could have occurred. Pacquaio finally agreed to random drug testing, but at this point both camps knew the fight wasn’t going to happen due to political endeavors.

As of now the Cold War has thawed because Golden Boy is finally willing to work with Top Rank fighters, but Al Haymon and Top Rank still seem to have a feud amongst each other. This means Al Haymon’s stable of fighters, which exceeds the number of 100, will not be fighting any Top Rank fighters in the near future.

This is why the likelihood of Mayweather-Pacquaio remains very low. It also explains why Pacquaio has not fought any Al Haymon fighters in the past few years, and why Mayweather hasn’t fought any Top Rank fighters in recent years.

To put the blame solely on one fighter is simply ludicrous. At the end of the day, Al Haymon and Top Rank need to be willing to do business with each other in order to make the fights fans desperately want to see. Regardless of what Mayweather or Pacquaio say it all comes down to their management and promoters to settle their dispute for the betterment of the sport.