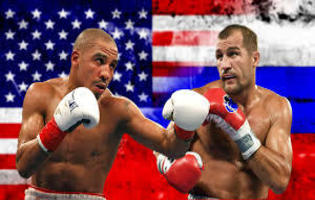 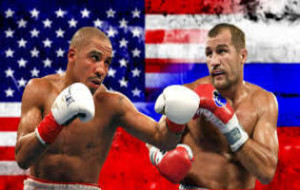 The mess between Andre Ward and Gennady Golovkin has taken away from what we have to look forward to from both men.

Golovkin has an amazing showdown against David Lemieux that we all have to look forward to October 17th on HBO PPV. If he wins, Golovkin could potentially meet the winner of Miguel Cotto and Canelo Alvarez in 2016.

However, Ward still has plenty of options, and we have plenty to look forward to in him. A fight with light heavyweight killer Sergey Kovalev is a fight nobody would scoff at, and it might be a better fight than the one with Golovkin.

Ward recently told Hoop Jab in a video published on their YouTube channel that it could be likely – at this point; it seems more likely than Golovkin.

“I don’t know man; the critics seem to want me to move up because it’s a perceived threat up there. Critics want me to move up, and they seem to be trying to push for that [fight with Kovalev], but as always I’m going to put my head together with my team and I’m going to hit my knees and pray and make the right decisions for me and my family,” Ward told Hoop Jab.

Ward was last seen in a catch-weight between super middleweight and light heavyweight, leading many to believe that Ward’s days at 168 lbs. (super middle) are finished.

That is not the case, and we may see Ward at super middleweight a few more times, but he is closer to the light heavyweight division than ever before, assuming his body hasn’t made the choice for him already.

Ward plans to fight once more in 2015, likely against a soft touch opponent as he is still in the process of knocking off the ring rust from his 19-month layoff – his first fight back was against Paul Smith in June.

We could possibly see Ward on the Cotto-Canelo undercard in Vegas November 21st. The attention he would gain from such a prominent card would set the stage nicely for a major fight at the beginning of 2016. If Ward fights at light heavyweight, then it will be a good indicator of where he is headed.