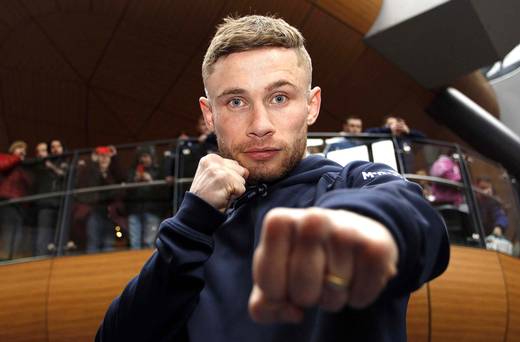 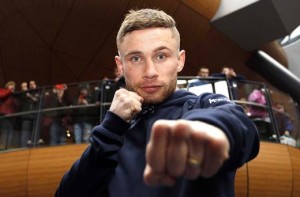 When Carl Frampton inked with Al Haymon, there were many reservations on my end. First off, would Frampton be fighting no-hopers on the PBC Series? Secondly, would Haymon take him away from Ireland where he is a legitimate draw? Thirdly, would his fights no longer be on the free terrestrial television ITV.

Well, he’s fighting in El Paso, Texas. He’s fighting someone named Alejandro Gonzalez Jr. But at least he’s fighting on ITV on July 18th. Frampton Gonzalez will be on CBS in the afternoon in the United States meaning that he will still be in prime time in the UK and in Ireland. His bout time will be 9:45 pm overseas.

Last time out he drew over 2 million against Chris Avalos. While bouts with Leo Santa Cruz and Scott Quigg loom after his fight with Gonzalez, Frampton is solely focused on his for July 18th.

“Alejandro Gonzalez Jr is a young and dangerous Mexican challenger, and I am expecting a tough fight,” said Frampton, who has been preparing at his gym in south-west London. “I feel I am the best super-bantamweight in the world and I am excited to box in front of a huge television audience in the UK and USA.”

His manager Barry McGuigan says that coming here to the states and fighting in the same arena as Julio Cesar Chavez Jr. will only bring him more exposure on both sides of the Atlantic.

“Alejandro Gonzalez Jr is a hungry and dangerous young Mexican fighter who will be travelling to El Paso to rip that belt from Frampton,” McGuigan said. “This is going to be a cracking contest for the millions of fans tuning in on both sides of the Atlantic. Frampton has all the ingredients needed to become the leading figure in British and Irish boxing. He is a world-class boxer with a brilliant personality who has a fanatical fan base from all over the UK and Ireland.”