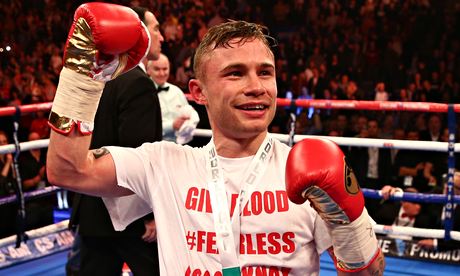 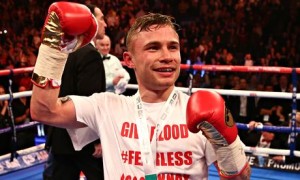 But It was Martinez who went on to capture the IBF World championship when he stopped Jonathan Romero just six months later.

Frampton and Martinez will meet again on Saturday but this time the stakes have been raised as not only will Martinez’s world title will be on the line but some lucrative pay days for future fights will also be on the line.

The bout can be seen live and exclusively in the United States in AWE- A Wealth of Entertainment beginning at 3:30 PM ET / 12:30 PM PT.

Frampton of Belfast, Northern Ireland will be looking to win his first world title in front in what is sure to be an electric atmosphere in front of his hometown fans in an outdoor stadium that will be erected at the Titanic Quarter in Belfast.

An overflow crowd of over 16,000 is expected to witness the terrific rematch.

“It was a pretty smooth 14-week camp,”‘ said Frampton.

“I had great sparring and making weight was much easier. I can not wait for Saturday. It will be an unbelievable atmosphere and you can’t beat Belfast.”

Frampton is going into the fight with a lot of confidence but he knows he may see a different Martinez.

“This is a completely different fight. This is for a world title and he is coming into my back yard. I know I can hurt him but I am not complacent. I am prepared mentally and physically to put on my best performance.”

Frampton does feel that he may have some psychological advantages as he heads into the rematch.

“Once he stands in front of me, he will be looking at a guy who knocked him out. Plus he is an emotional fighter and that could make him dangerous.”

Even though this could be a fight that puts Frampton on another level with a win, he is not letting the moment get to him.

“I am treating this as just another day at the office and I know I have to fight three minutes of every round.”

Even though the goal is to become a world champion, Frampton knows an emphatic win will help set up big fights with the likes of Leo Santa Cruz, Guillermo Rigondeaux and a massive all UK showdown with WBA champion Scott Quigg.

“It is very important to make a statement. I believe that I am one of the 122 pound fighters in the world. It is important to look good and explosive. After I win this there are a lot of options. Some of the big names in the division campaign in the states and I would love to fight there.”

Frampton finished by saying, “Our styles gel very well. This will be a very explosive performance and for all the fans watching in the states on AWE, all I have to say is don’t blink.”