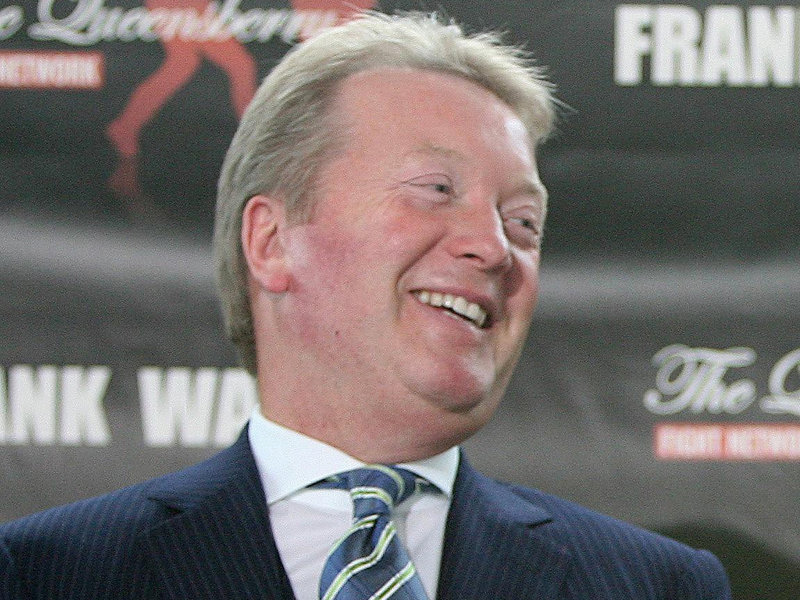 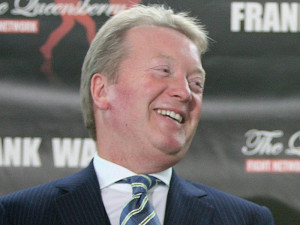 Longstanding British promoter Frank Warren sat down with Kugan Cassius for iFL TV recently to talk about the next card he will be putting on at the O2 Arena in London, England.

Scheduled to take place on February 28th the show will feature the return to the ring of two of the UK’s biggest stars in undefeated heavyweight contender Tyson Fury, and Chris Eubank Jr. who is looking bounce back from the first defeat in his professional career last time out against fellow middleweight Billy Joe Saunders.

Fury (23-0, 17 KOs) is looking to maintain the momentum that has brought him within the top five in each of the four main sanctioning bodies’s heavyweight rankings, and Warren sees this next opponent Christian Hammer (17-3, 10 KOs) as an appropriate stopgap on the way to a title shot.

“He needs a competitive fight, he needs competitive rounds under his belt and that’s the fight he’s going for. Hopefully he doesn’t make any mistakes and then he’ll be in with Klitshcko after Klitshcko’s fight in New York.”

With a shot a the heavyweight champion of the world less than a stone’s throw away, surely taking a potential banana skin fight would be inadvisable, but Warren has his reasons for keeping one of his main charges busy, even if there is a risk involved.

“Yeah I think we could have sat tight and waited until after the fight in April but he’s been fairly inactive. He’s had two fights with David Haye postponed and the first fight with Derek [Chisora] was postponed due to injuries and his family tragedy when his uncle died. So he needs to keep busy, he needs to be in with guys who are going to be competitive.”

Wise words from a man who clearly understands that the last thing a contender needs to do is try and shake off ring rust midway through a fight with the most dominant heavyweight of this era.

The talk then turned to Eubank Jr. (18-1, 13 KOs), fresh from the most competitive fight of his career so far, a split-decision loss in a title eliminator against Saunders. His next fight will be for the WBA interim middleweight title against Dmitry Chudinov (14-0-2, 9 KOs), and is an indicator that Eubank Jr. is keen on maintaining the high quality of opposition he faced last time out after some soft touches earlier on.

“It is a difficult fight for him but you know, I spoke with his dad Chris Sr. and he wants meaningful fights, and it does’t get any more meaningful than that. I think he showed in the last fight with Billy Joe that he deserves to be up there and I think hopefully now he’ll be one of those fighters that will rise to the occasion. And at least we’ve got him home advantage.”

With Fury inches away from the title shot that he has been demanding for so long, and Eubank Jr. looking to prove himself as the genuine article after his first misstep, these two are offering compelling fights to top a card packed with home favorites like Frank Buglioni and Bradley Skeete further down the bill. Frank Warren is keeping his juggernaut chugging along.