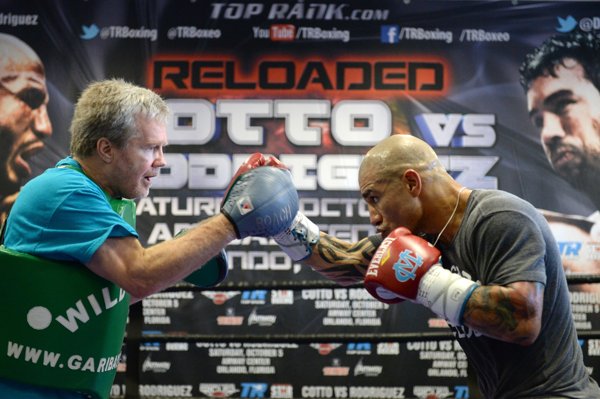 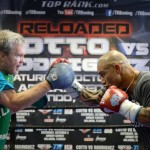 Thaboxingvoice.com spoke with Freddie Roach, trainer of great fighters like Manny Pacquiao and Miguel Cotto, about a potential fight between Miguel Cotto and Gennady Golovkin. Roach told us that at this point he doesn’t know whether that fight will happen or not. He explained, “Miguel is a 154-pounder, and we have some good fights out there.” However, the trainer of the year stated that when Cotto decides to stay at middleweight, he will fight Gennady Golovkin. ”We will duck nobody. We will definitely fight Golovkin if Miguel keeps fighting at 160.

Freddy Roach feels that Miguel Cotto will have a good chance if the fight happens. ”Golovkin is a decent fighter. But he makes mistakes. He is not perfect”, Roach told us. He later continued, ”If that fight happens, I will look forward to getting Miguel ready. I think ‘GGG’ might have trouble with a puncher. I don’t think he’s unbeatable.

Freddy Roach also quickly touched on another subject. He stated to Thaboxingvoice.com that he would love to fight Juan Manuel Marquez again with Manny Pacquiao. “I would love that fight. I would love to get revenge,” were Freddy’s words.