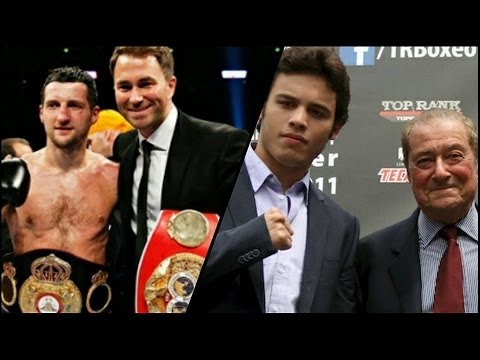 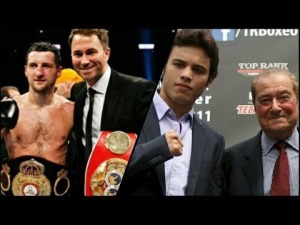 Carl Froch told Sky Sports News that if he doesn’t land a fight with Mexican cash cow Julio Cesar Chavez Jr. next year then there is a “strong chance” he’ll retire from boxing.

The proposed Froch-Chavez Jr. showdown has been hinted at over the past few months and at one point it seemed as though it could become reality. But not unlike Chavez Jr.’s proposed fight with Gennady “GGG” Golovkin, the fight eventually lost steam.

However, recent events suggest that Froch-Chavez Jr. is once again on the negotiating table for an HBO card in January. Still, the way Chavez Jr. has conducted his business over the past two years leads to some heavy reservations on whether the fight will get done.

The Golovkin fight hit a wall when Chavez Jr. demanded his freedom from Top Rank and refused a contract extension necessary to close on the fight. When Top Rank obliged by giving Chavez Jr. a one fight deal they countered with a significantly smaller purse for the fight with “GGG.” In the past few weeks, Chavez Jr. has stated that he is officially a free agent, although Top Rank disagrees.

Froch is definitely due for a big fight and, more than anything, a big payday with a high-profile fighter like Chavez Jr. In his past few fights, Froch has taken on some tough competition and he deserves to be rewarded with a big money-first fight.

That’s not to say Froch hasn’t had big fights with big paydays, but a fight with Chavez Jr. would put him in the biggest spectrum boxing has to offer a fighter in his weight class. It would be more significant than any other fights that could be made with Froch, which basically come down to a variety of rematches against Andre Ward, Mikkel Kessler, or George Groves.

I, for one, wouldn’t blame Froch should he retire as a result of the missed opportunity with Chavez Jr. In fact, I may be in the minority but I believe he should retire.

Froch has proven that he is still at the top of his game and you can make the argument that he is a pound for pound consideration at the very least, if not an outright top 10. Also, he has a style that makes him relevant no matter who he’s facing off with. He’s aggressive enough to bring out the best of a good fighter, and wily enough to make a great fighter entertaining. And when he’s in the ring with overmatched opposition he strives for greatness by willfully seeking a stoppage.

For these reasons, among others, Froch is definitely the kind of fighter boxing needs, and at age 37 we should enjoy him while we can.

Still, I can’t help but feel as though Froch is well within his right frame of mind to consider retirement.

Froch is good enough to compete with the best in the world, but he will never be the best. The likelihood that he can beat Ward, the super middleweight’s top fighter, is doubtful. Staying in boxing means always playing second fiddle to Ward, this isn’t worth it for a top pro like Froch.

He could move up, but he would have to make a name for himself by going through some of boxing’s biggest punchers like Sergey Kovalev and Adonis Stevenson, and for what? He doesn’t gain the same kind of commercial notoriety fighting those dangerous fighters as he would in the Chavez Jr. fight, and he wouldn’t make the same kind of money, either. A fight with Hopkins is pretty interesting and a win for Froch could propel his legacy even further, but I wouldn’t bet on him winning that fight.

If Froch isn’t as into boxing supremacy as he once was then taking on the best isn’t a smart decision. In order to take on the best, Froch needs to be hungry for the purity of boxing hierarchy, regardless of finances.

However, his intentions are the same as most fighters in his position. For Froch, supremacy translates into securing his financial portfolio as an active athlete while he still can, and there is nothing wrong with that. He deserves to be a bit selfish; he’s already fought some of the best when the money wasn’t as big then as it could be now. I don’t think Froch is being completely selfish anyway because a fight with Chavez Jr. would be fun.

I seriously doubt Froch has fought his last fight, regardless of Chavez Jr.’s intentions. But if we have seen the last of Froch then he can walk away from the sport with his health, money, and a legacy most would envy.