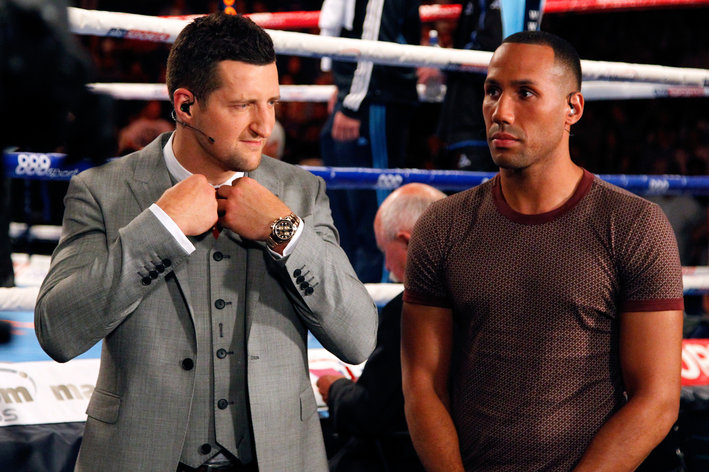 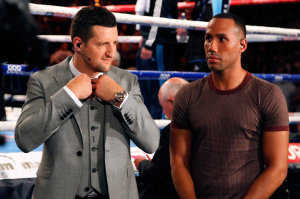 James DeGale is the current mandatory challenger to the IBF super middleweight titleholder Carl Froch. According to mirror.co.uk, DeGale has officially signed his side of the contract to fight Froch on January 31, 2015 in London’s 02 Arena. Froch has yet to agree on the terms and seems rather uninterested.

“It’s not a fight that motivates me if I’m being honest and it’s one that does not really tick boxes for fans of the sport and the general public. That’s the feedback I have been getting because they are looking at him saying ‘DeGale lost to George Groves, who then lost to Carl Froch.’ Facing James DeGale, who has not earned his stripes, is not something that will make me want to get up at 6am and starting running. My legacy is worth much more than that because if I am not motivated for a fighter, as what happened with Groves in the first meeting, then it shows.”

“If DeGale goes out and produces a heck of a performance next month and people start saying I think DeGale could give Froch a real test then I’ll have a look again. The pressure is all on him.”

“This isn’t about money for me anymore and hasn’t been for a while. It’s about achieving ambitions in a sporting context and enhancing my legacy and a fight with DeGale doesn’t do that.”

“If I was offered Las Vegas and Julio Cesar Chavez Junior, I would be in the gym tomorrow. That is my ambition, I’ve always said that, and it is the fight I want. I want to have the HBO pay-per-view and to have my name up in lights in the fight capital of the world. But the fight in America is looking unlikely at the moment. We’ll have to see what happens, but it’s got to be a fight which gets me really fired up.”

The four-time world champion has made it clear his satisfaction will come from building on his legacy not his purse. At 37 years old perhaps he realizes his mileage might decrease sooner than later. One cannot blame Froch if he decides to vacate his title in pursuit of something greater at this particular stage of his career.