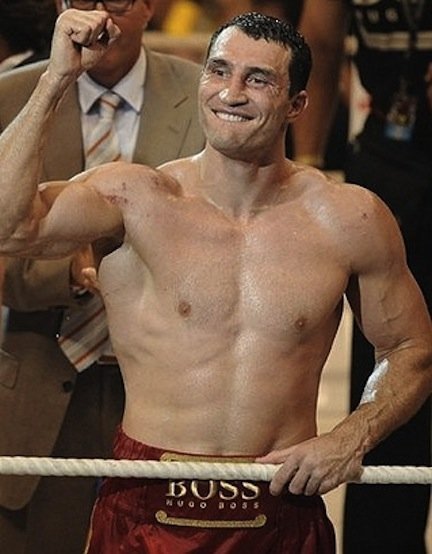 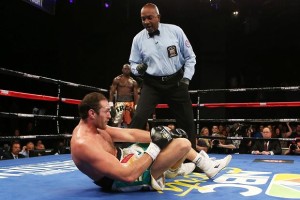 Hearn told Sky Sports he feels Fury has the size to trouble the champion as one of only a handful of men to stand above the Ukrainian’s 6’6” frame, as well as the right man in his corner; uncle and trainer Peter Fury.

“People struggle with Klitschko’s size but Fury has size advantage over Klitschko and is very unorthodox. He’s also unusual in his approach and tactics – Peter Fury is a very bright man. He’s got a chance in the fight.”

“I hope Fury wins. That would open the door for huge fights in the division with Anthony Joshua and Deontay Wilder so I’d love to see him do it. On paper, I don’t think he does but I rate him and I certainly think he has a shot in the fight.”

A Fury win would certainly favour Hearn as he would be able to push his undefeated Starchild Anthony Joshua(13-0, 13KO’s) into a huge domestic clash for the highest stakes somewhere in the near future.

However, he sounded unsure how likely that result will be when pointed out the champion is a fighter the likes of which Fury has not yet seen.

“Tyson Fury is a quality young fighter but he hasn’t been in with the quality of Klitschko.”

Based on all past evidence it is difficult to see how a comparatively inexperienced fighter -who has not competed above European level- will be able to unseat a long-reigning world champion who is fast closing in on Joe Louis’ record of 25 title defences.

Wladimir Klitschko faces all mandatory challenges for each of his belts and snaps up a voluntary for kicks when the right financial incentive arises. For over a decade now, he has swept over the heavyweight plane like the returning waters of the Isen with little to prohibit his path.

Fury is a very good fighter and the best the UK has to offer at present, but he will could very well overmatched in this, his twenty-fifth professional outing.