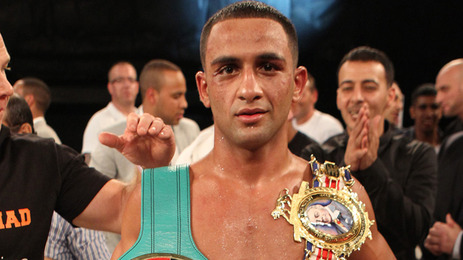 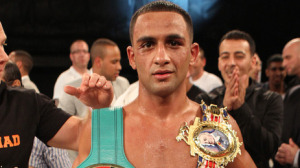 Galahad, who currently holds the European and Commonwealth super bantamweight titles, is hoping a win over dos Santos will also be a springboard for him to enter the IBF rankings and get him closer to a shot at the world title he craves.

Galahad said: “I’m gutted that Tyson Cave has pulled out with a back injury, personally I don’t think he fancied it and didn’t want to face me. He knew I would be too good and too strong for him.”

“I haven’t seen too much of dos Santos to be honest but he is unbeaten, world ranked in the WBO and was highly ranked in the WBC ratings until they removed him when he fought for the WBO Latino title.

“But that doesn’t worry me, I will be bringing my A game and whoever steps in the ring with me on the 20th will be getting knocked out.”

Dos Santos said: “I am very well trained for this match, I know that my opponent is very good but I want to come out of this “battle” as a winner and bring a great win back to Brazil.”

Promoter Mick Hennessy said: “I have watched footage of Dos Santos , he is young, unbeaten, fresh, big at the weight and dangerous and I consider this to be a harder fight than the Cave fight.”

Fight Network’s live broadcast will air on Cablevision’s Optimum TV and Texas’ Grande Communications in the U.S., nationwide in Canada and internationally in over 30 countries across Europe, Africa and the Middle East.