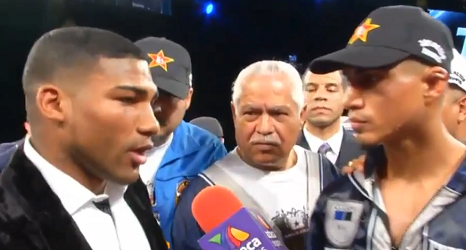 Yuriorkis Gamboa and Mikey Garcia have had weeks of beef on social media with fighters and their teams/promoters trash talking one another to try and get a fight signed between Gamboa and Garcia.

All of their efforts on social media (which is a great way to sell the fight) may have finally paid off.  Online reports are stating that 50 Cent has confirmed that Gamboa and Garcia will in fact face each other in the ring  and it will happen on May 17th.

Gamboa showed that he truly wanted the fight when he stepped to Garcia in the ring after Garcia’s victory over Juan Carlos Burgos and told him on the mic. and on camera that he wants the fight.