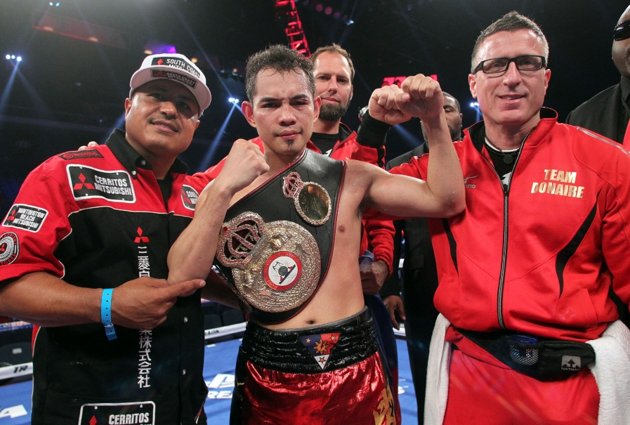 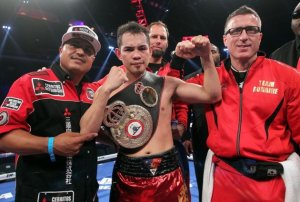 There is plenty of excitement and anticipation about the co-main event, and the main event on HBO Championship Boxing tonight. Nonito Donaire and Nicholas Walters have tremendous power, which is why both fighters have admitted they don’t see their fights going the distance. Both fighters have undergone training camp with their fathers being the lead trainer.

Despite not being in the training camp of Donaire, BWAA 2012 Trainer of the Year, Robert Garcia will still be in his corner tonight when he squares off against Walters. “The training was done by his dad. His dad is the one that knows the way Nonito trained I wasn’t with him, but Nonito believes in me. Nonito has always been loyal to me. I love him. I’m loyal to him. If he needs my help I’m there to help him. There have been situations where fighters have been in trouble and the corner saves the fight. Maybe I can do something like that and I’m just here to help out,” Garcia stated.

Marco Antonio Rubio is another fighter Garcia will be in the corner of. Despite Rubio being an overwhelming underdog Garcia feels confident in his fighter.

“We had a great training camp. We had tremendous sparring partners. I don’t think we couldn’t have gotten any better sparring. He did over 150 rounds of sparring. It’s not an easy fight. GGG is a beast, but he can also get hit. We are going to throw punches and stay busy and take it to the later rounds.”

Both Gennady Golovkin and Rubio are two power punching “Mexican style” fighters who promise to deliver a juxtaposition of brutality and skill. Yet both camps have not shown an ounce of animosity towards each other. The same goes for the co-main event.

Garcia explained, “This is what boxing is about, fighters showing respect to each other. Walters and Donaire showed nothing but respect. Then we go to GGG and Rubio both of these guys are very humble and down to earth. That’s what a press conference is all about; they don’t have to sell it. They don’t have to promote it because it’s already been sold out for the last month or so. It’s the first time I’ve seen a show go that easy and that’s great.”