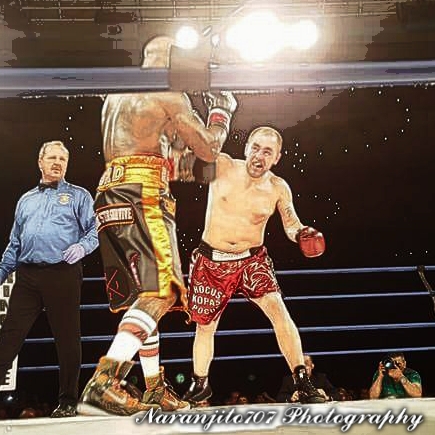 Gary Kopas career as a professional boxer started off bumpy. His first fight as professional he lost via TKO but he went straight to a six-round fight to open his career. His second career fight took place over a year later in which he lost again. How do you not have known Kopas, you would have assumed that his career was over as he took just under 10 years off from boxing as a professional.

Kopas made his return to the ring a successful one in 2011 by winning two fights straight. Throughout the years he would go on to win some and lose some and even wind up with a draw. A lot of those fights that did not go his way were due to the fact that he was the road warrior and would fight away from home. Needless to say, his career really picked up in 2017.

The greatest moment for Kopas in his career is also the most tragic. He won the CPBC Cruiserweight Title but his opponent David Whittom ended up dying as a result of the injuries he suffered during the fight.

It’s hard to recover mentally from something like that but Kopas was able to pull himself together and continue fighting and 6 months later he got back into the ring. He would go on to win two fights straight which would eventually land him a fight with former world champion Jean Pascal.

Pascal had a short retirement and in his last fight went 8 rounds with the fighter who had only fought once professionally as a boxer. Age and accumulation of punishment over the years may have taken its toll on the former champion but for Kopas it’s the fight of a lifetime and it’s something that he plans to make the most of.

When asked about fighting Pascal, Kopas kept it short and sweet and refer to it as his Rocky moment. “If Rocky did it, why the fuck can’t I?”