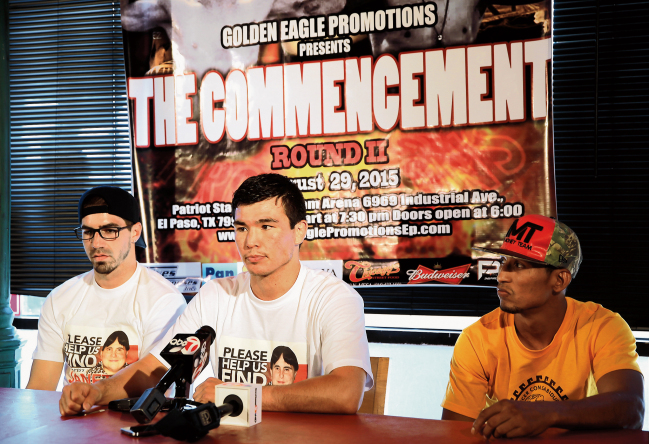 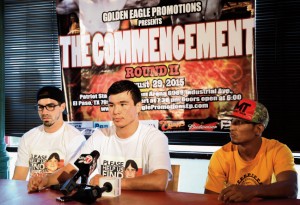 After seemingly getting robbed against Sergio Mora and Fernando Guerrero earlier this year, Abraham Han (24-3, 14 KO’s) finally got the win he deserved against an experienced competitor in Jose Flores in an eight-round bout in July.

Han knows that another defeat, whether it be a robbery or a legitimate shortcoming, could spell the end of his World title hopes.

For the second consecutive fight on Aug. 29, Han will step into the ring in front of his hometown fans – this time at the Patriot Stadium – to take on the unknown Freddy Lopez (9-1, 7 KO’s).

At Thursday’s news conference, Han acknowledged that he has to go in with his A-game because he’s never seen his opponent fight in person or on tape, so there’re a lot of unknowns coming into Saturday’s bout.

“He’s 9-1, and we don’t have any video on him,” said Han according to the El Paso Times at Thursday’s news conference. “I don’t want to fall to a guy like this. You are so hungry at this stage. I remember when I was 6-0, 7-0. I was hungry. You want what that guy’s got. He wants what I have, and he will take it if I don’t go in there with my A game.”

Han is going to have a significant advantage coming in Saturday, and a majority of the folks covering the event have failed to bring it up. Han is a natural middleweight while Lopez is a natural welterweight or a borderline light-middleweight fighter. This fight is going to be held at a catch-weight of 165-pounds.

But, wait! That’s not all. Lopez has only fought four times in the past six years. After making his professional debut in 2008, he went 7-0 before getting stopped by former WBC Continental Americas light-middleweight champion Mauro Lucero.

It appears to be an easy victory, but Han will be fighting for his life regardless on Aug. 29.