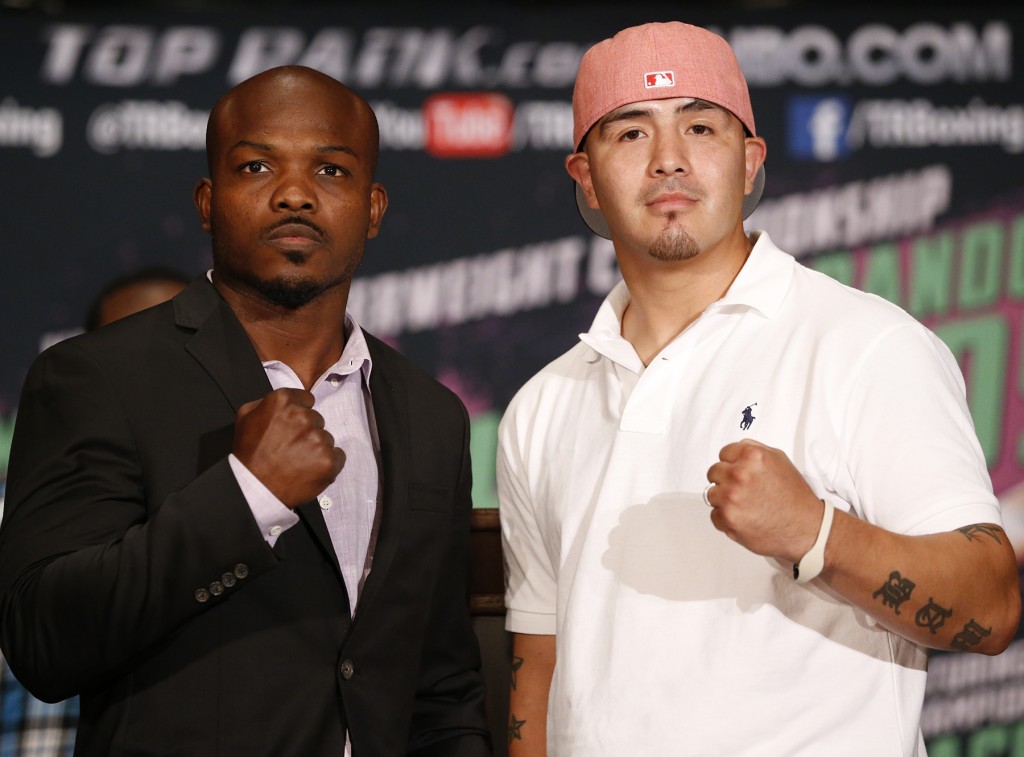 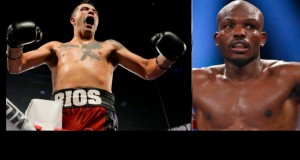 This Saturday, Top Rank presents an event live from the Thomas and Mack Center in Las Vegas, Nevada as the WBO World Welterweight champion Timothy “Desert Storm” Bradley squares off against Brandon Rios. This fight has a lot of backend storylines that could lead to fireworks in the ring. Most people think the fight will go one of two ways.

Timothy Bradley has arguably one of the best, if not the best resumes in the sport of any current active fighter. With a record of 32-1-1 with 12 KOs, Bradley has beaten the likes of Miguel Vazquez, Junior Witter, Kendall Holt, Lamont Peterson, Devon Alexander, Joel Casamayor, Manny Pacquiao, Ruslan Provodnikov, Juan Manuel Marquez, and most recently, Jessie Vargas. In most of these fights, he is winning easily and then gets himself into a slugfest at the end, but he can’t do that against Rios.

Brandon Rios is a big fan favorite because of his personality and his style. At 29, Rios has a record of 33-2-1 with 24 KOs and has fought in enough wars to be considered a 39-year-old. Sometimes people worry about his mental state or future after the sport. He is coming off the third fight in the trilogy between himself and Mike Alvarado. He says he still has a lot left in him and he is ready to show it. The question is if he will get a chance to unload on Bradley.

Bradley is considered one of the best boxers in the world and is near to the top of everyone’s pound for pound lists. Although Bradley is only 32, he has gone through a lot of battles recently and one must wonder when it is going to finally catch up to him.

In his fights against Pacquiao, Provodnikov, and his last round against Jessie Vargas, he was rocked and possibly concussed in all three of those bouts. Rios is someone that will go balls to the wall early and won’t let up, and if Bradley gets caught early like he did against Ruslan it will be brought into question if he can survive another war.

Rios is known for being a slugger. He only comes forward and just wants to hit and sometimes I think he even likes to be hit. He is the type of fighter that may not last much longer, but while he is here he’s going to put on a show every time. He will not be confused for a technical fighter, but he will keep fans entertained.

The only fight where Rios didn’t seem to come forward as much was his fight against Manny Pacquiao. If he sits back in this one like he did against Manny, this one will end up 11 rounds to 1, or maybe even 12 rounds to none.

Some of the backstory in this one includes this being Bradley’s first fight with Teddy Atlas as he will be his main trainer after splitting with longtime trainer Joel Diaz. Bradley also decided to leave his advisor Cameron Dunkin, who is the current advisor to Brandon Rios.

Bradley has sent several shots at both Dunkin and Diaz in the media leading up to this fight. It’s a side of Bradley that he hasn’t shown before and it has rubbed some the wrong way.

There are two ways this fight can go, either Bradley outboxes him for 12 rounds and stays disciplined enough to avoid getting sucked into a war, or Rios can catch Bradley with a shot, hurt him, and must finish him immediately as Bradley has shown to have a good chin and the fortitude to fight after getting rocked, like he displayed the night he fought with a concussion.

In my opinion, this will be very similar to the Jessie Vargas fight. Bradley will control most of the fight, winning probably 8 of the first 10 rounds and then Rios may catch him late, and Bradley will once again have to survive.

I feel he will and will leave with another hard-earned victory. With the outside chance of Rios actually catching Bradley and pulling off the big upset, I feel this is still a fight very worth watching. With Miguel Cotto vs. Saul “Canelo” Alvarez coming up in two weeks, this will be a good warm up for boxing fans that will either be heading out to Vegas or watching at home, so enjoy the fight.