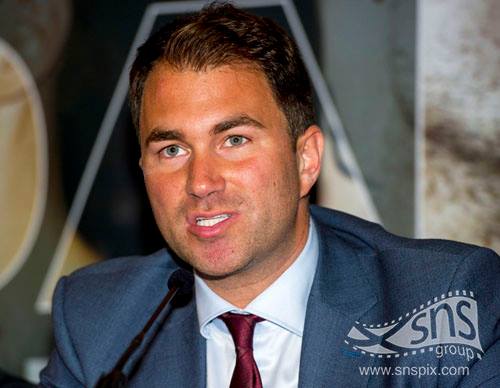 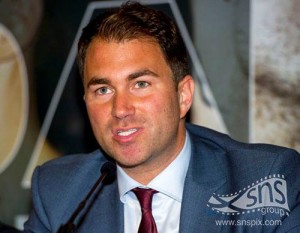 Amir Khan was too quick and too strong for Devon Alexander last December when he outclassed the former IBF welterweight champion. Most ringside analysts had it as a shutout for Khan, who holds the WBC Silver welterweight title. However, his decision on choosing an opponent has not been so quick. After being taunted for a fight with Kell Brook, Khan offered Brook a ‘winner takes all’ matchup.

“Kell Brook, if you want to take the fight, winner takes all, I’m up for it because I know I’ll take everything because I’ll beat you. So let’s do it, man,” said Khan.

However, Eddie Hearn, in an interview with Sky Sports, does not believe Khan is being genuine. While Hearn wants to make Khan-Brook happen on June 13 at Wembley Stadium, he doesn’t believe Khan wants to fight Kell Brook at all.

“Kell is a world champion now and his stock is rising day by day. Interestingly, I don’t think Amir Khan will fight any of the names mentioned apart from maybe Chris Algieri,” Hearn added.

“I can’t wait for Kell Brook to knock him out. Khan is under a lot of pressure at the moment because the public wants the fight. I’ve been trying for years to make the fight and obviously Amir’s always told Kell to go win a world title.”

After Chris Algieri’s lopsided loss to Manny Pacquiao this past November, Khan-Algieri is not going to be a marketable fight. If Khan is telling the media that Kell Brook hasn’t done enough yet, what do you think he is going to say to a guy that got knocked down six times against Pacquiao? In addition, a bigger fight with Mayweather, Pacquiao, or even Keith Thurman would generate more money, so you can’t blame Khan for wanting to fight the bigger names.

Kell Brook is a dangerous fight for Amir Khan. We saw how Brook fought against Shawn Porter. He stayed on the outside of Porter’s power range, tied him up on the inside when necessary, and landed beautiful counter shots. The way Khan fought against Devon Alexander is not possible against Kell Brook. Khan has a bad chin; he knows it; he’s not ready for Kell Brook. That is why he’s purposefully avoiding the fight, but who can blame him? When Porter fought Brook, I lost count at how many times the Cleveland-based fighter walked into right hands. Those type of shots could easily knockout Khan, again.

A Khan-Brook fight would generate a ton of revenue, but nothing close to a Mayweather-Pacquiao. At this stage, stylistically, this fight could end up as a big letdown for boxing fans. If Khan should fight anyone, Shawn Porter should be the number one candidate. They are both solid offensively and have taken losses against counter-punching technicians in Danny Garcia and Kell Brook, respectively.