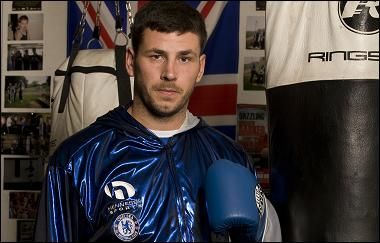 Eddie Hearn discussed the upcoming prospects for an important member of his stable, ‘Dazzling’ Darren Barker, who, on his last outing on the big stage acquitted himself well in a 11th round TKO defeat to middleweight king Sergio Martinez.

Hearn eluded that injuries have hampered his return to the big stage. Now fully healed in discussing his future Barker’s options, he stressed that there appeared to be a lot of stagnant movement in the middleweight division, with fighters posturing for fights against title holders. Hearn named Andy Lee, Brian Vera, and Sergio Mora as examples of fighters in this situation that they have looked at.

Looking ahead, Hearn again was very frank in his assessment regarding possible belt holders he was targeting for Barker, declaring WBA champion, Gennady Golovkin was the least attractive option and not one he was particularly keen on pursuing based on the potential risk of the fight and the projected reward. This honest revelation, confirmed the lingering feelings of many, but it proved enlightening to hear expressed directly, by a prominent promoter.

“Personally I’d like him to stay away from Golovkin,” he commented honestly. “He’s a beast of a fighter, there’s no value in fighting Golovkin” “It’s just not a huge money match.”

Although Hearn was totally frank with his comments and was clearly touching on subjects that had become the elephant in the room. “I don’t think any middleweight is looking at Golovkin who has a chance to fight any of the others.”

It’s this level of honesty and insight which should enable Hearn and his fighters to continue to connect with and capture the imagination of the boxing audience.