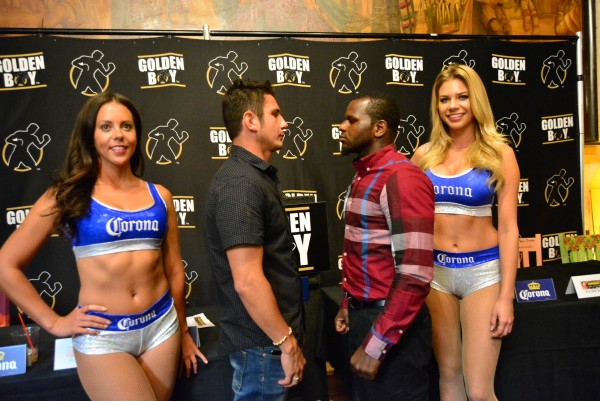 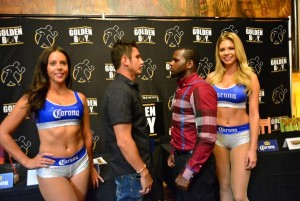 In a sport where the term “crossroad” fight is tossed around like a firecracker on the 4th of July, the ultimate “crossroad” fight takes place in Los Angeles, when Mauricio Herrera 21-5-0 (7 KO’s) battles Hank Lundy 25-4-1 (12 KO’s) on July 11th.

Herrera and Lundy come into this fight in the midst of mediocrity with both men posting records of 3-3 in their last six bouts, but it hasn’t been without an extreme amount of controversy.

The winner is one step closer to a title fight while the loser is faced with the reality of becoming just an opponent for future champions.

In what will be the last fight ever at Los Angeles Memorial Sports Arena, ‘El Maestro’ Herrera looks to get back to his winning ways after his victory over Johan Perez was sandwiched between two controversial losses to Danny Garcia and Jose Benavidez.

Although the Garcia fight was seen as being close and a fight that could have gone either way, the Benavidez defeat was seen by many as an absolute robbery.

In that fight, it was a late-round rally by Lundy which enabled him to get back into a fight in which, he was knocked down very early on, and in many minds did enough to win. The vacant NABF super lightweight title will be on the line in the scheduled 10-round bout.

It is sure to be a stylistically compelling matchup between the come forward, hard charging aggressor Lundy, and the master counterpunching abilities of Herrera.

Both pugilists seemed very confident at last week’s press conference. Lundy proclaimed: “Every time I touch Mauricio with that glove it’s going to bring pain. You’re going to think about retiring after this fight; I‘m ready to go to war”.

In his natural countering response, Herrera fired back, “This is going to be the last fight at the arena, and we are going to shut it down. I’m taking him to school.”

After 56 years, the fabled arena will shut the lights and close its doors on boxing. One of these men will bust down the door and walk out the NABF champion creating a path to bigger and better fights. The loser faces the clear reality of that door slamming in his face and turning out the lights on his hopes of a world championship.