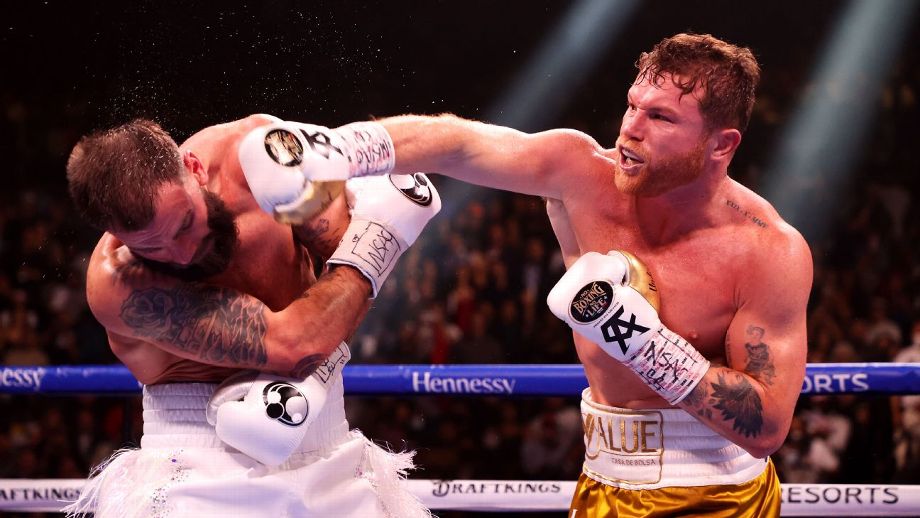 The build up to the fight between Saul “Canelo” Alvarez and Caleb Plant was hype. By the time the the fighters were in the ring looking at each other your adrenaline was pumping throughout your body even though you’re not the one in the ring. Canelo and Plant put on a hell of a performance and the 168 lb. division has it’s first ever undisputed champion in the four belt era.

It was not a landslide beat down like many had felt and the only trouble Plant gave Canelo was his movement and his holding. Not to take anything away from Plant as he stuck in there for almost eleven rounds. He landed shots from time to time but early on he was hitting arms more than anything. When he finally did connect clean it did not phase Canelo at all.

Canelo started the fight slow as per usual. He said the first four rounds would be that way as you studied Plant and he picked up the pace during the fifth and sixth rounds as they planned and everything else started to come in to place. Canelo expected a stoppage within the eighth or ninth round but was unable to get Plant out of there. Canelo targeted the body throughout the fight and it paid dividends as the fight wore on Plant’s head opened up. Canelo was able to put Plant down twice and out with the second knockdown. At the time of the stoppage Canelo was ahead on the cards with scores reading 98-92, 96-94 and 97-93.

There are plenty of possibilities available for Canelo such as moving up to 175 to fight Artur Beterbiev or stay at 168 and defend against the likes of David Benavidez. Andre Dirrell would love to be in the mix and despite his stoppage victory tonight he should have gotten his opponent out of there earlier especially when you look at the records and the levels of competition. For now rest, relaxation and celebration is all Canelo should be thinking about.