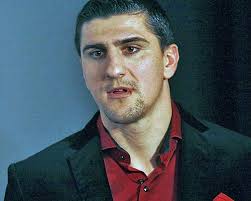 While a venue has not been named, Huck Sports Promotions, who is co-promoting alongside DiBella Entertainment, is looking at holding the fight in the state of New York or New Jersey, which will excite both Polish and German fans, especially.

The largest percentage of Polish-Americans live in New York City at 2.7%, while 5% of Pemberton Heights, New Jersey residents are German-Americans.

Why not come to common ground and host this fight at the Madison Square Garden?

It makes financial sense, and Huck is excited about making his U.S. debut, speaking with World Boxing News.

“I will be celebrating two firsts when I step into the ring on August 14,” Huck said. “On one hand, it will be my first fight under the banner of Huck Sports Promotion, who will co-promote the bout in close cooperation with DiBella Entertainment.

“Furthermore, I will be making my U.S. debut. The fight against Glowacki will be my first abroad. After leaving Sauerland, I said that I wanted to fight overseas. That promise is now being kept,” an ecstatic Huck said.

However, the 30-year-old WBO cruiserweight titleholder will now have to hold off a stern challenge from a man who hasn’t experienced a loss in the pros.

“The Pole is unbeaten and has a good KO ratio to his name” states Huck with regards to his counterpart. He will also have a lot of locals cheering him on, as many Polish citizens live on the east coast, it will almost be like a home crowd.

“I am however confident, that at the end of the night, the fans both on-site and in front of their TVs will be celebrating with me. Boxing fans in America want to be entertained by the warriors inside the squared circle and my style of fighting provides just that, entertainment. Mission USA can begin.”

Glowacki is coming off a one-sided unanimous decision victory over Nuri Sefuri to claim the European title in January earlier this year. No fighter has beaten him on an official scorecard; no fighter has come close to beating him, and he’s coming for Huck.

Can Huck hold off the challenge? We’ll have to wait and see.