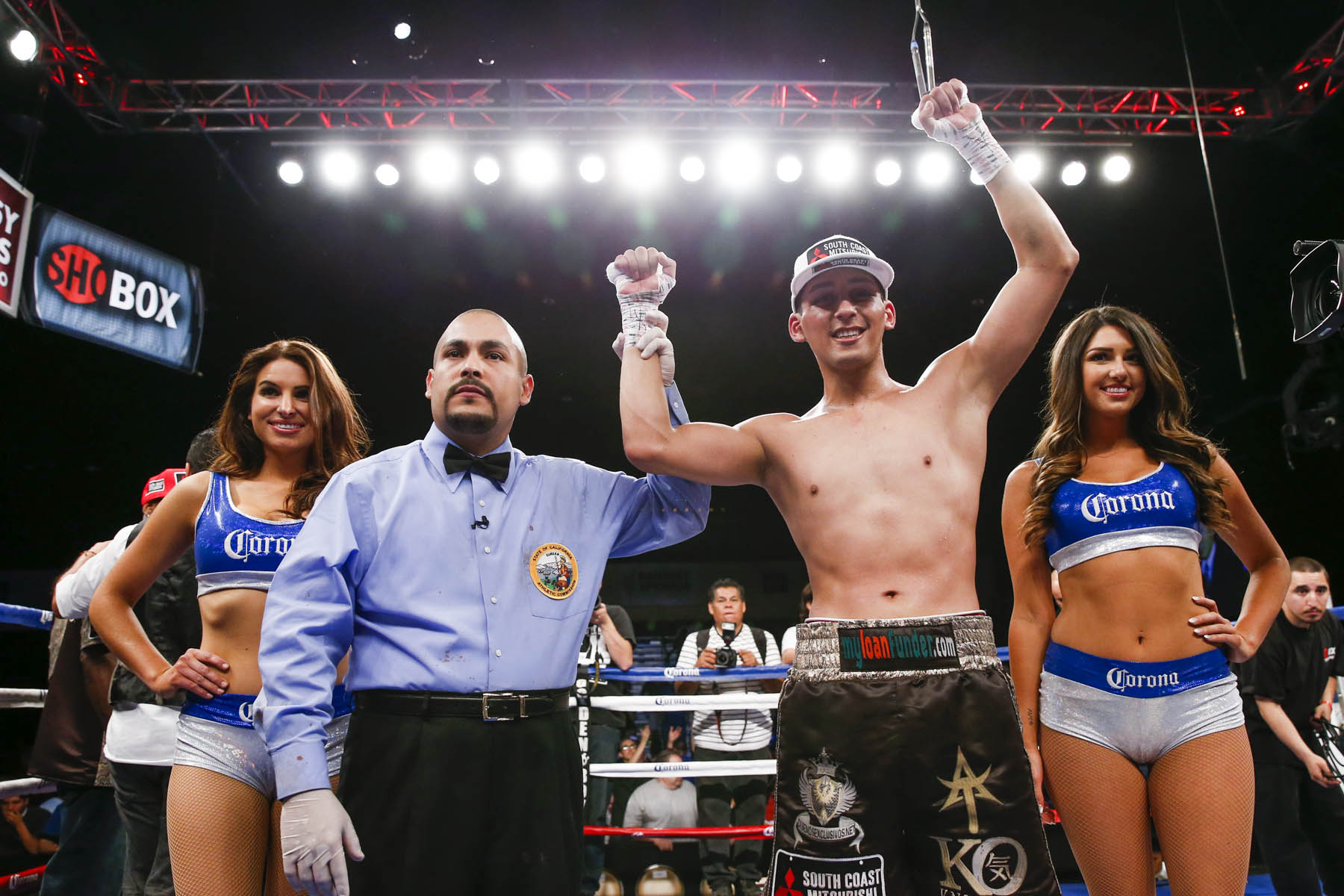 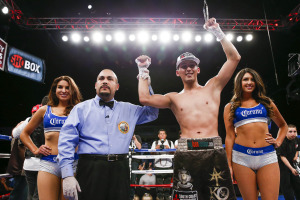 Coming off his spectacular knockout of James De La Rosa, Hugo Centeno (22-0, 12 KOs) spoke with Tha Boxing Voice to discuss the intangibles of this fight.

When asked what he thinks is the reason for his newly acquired knockout power Centeno told us, “Its something I picked up from training in Big Bear (CA) with Genandy Golovkin.” Centeno went on to say, “I was watching how much he keeps his balance, that’s where he gets his power.”

The training with some of the elite fighters in boxing seems to be translating well in the ring for Centeno. Guys like Golvkin are good models to learn from and Centeno is taking notes. “Seeing him, he trains like a savage and its showing me how to take myself to the next level and what I need to do when I fight on HBO.” Centeno definitely took advantage of the lessons he learned and its translating in the ring very well for him. Look to see more of Hugo “The Boss” Centeno. Good fights are on the horizon for the young fighter.