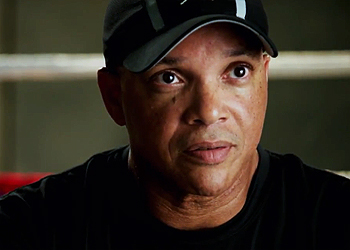 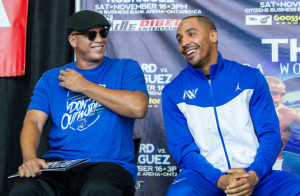 Andre Ward is expecting to be in the ring in the near future. He’s been out of action since 2013. At the time, most pundits had Ward as the second best fighter in the world, pound for pound. Now settle is his contract with Goossen Tutor leading Andre to become one of the staples for Roc Nation Sports. Roc Nation Sports wants Ward in the ring soon. His trainer, Virgil Hunter expects him in the ring soon as well.

“Andre can fight anybody,” Hunted told ThaBoxingVoice.com. “That’s never been a question. The question is who’s willing to fight him? I know everybody is anxious to see him get back in the ring. I expect to see him in the ring soon as well.”

The fight that most hardcore fans want to see on HBO is a battle between Middleweight sensation Gennady Golovkin and Andre Ward. While Golovkin is still campaigning at 160 looking for that name, word from his press conference with Willie Monroe Jr. yesterday is that there are preliminary negotiations starting for a showdown with Ward in 2016. Hunter agrees that the fight needs to be built up

“It will be a treat for the fans in the future. Both men are young. It’s not like it’s a near rush. It’s not like that fight is an immediate demand. Let the fighter max out his pay, max out his earning potential and just not settle for it.”