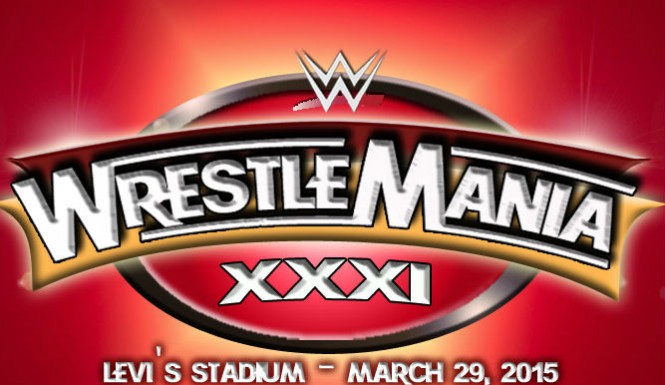 What makes this event so huge in the eyes’ of wrestling fans such as myself is that the WWE goes all out to produce the best event from top to bottom. The matches are hyped for weeks and every wrestler knows that they have to bring their A-game.

In the spirit of WrestleMania, I have comprised a fantasy boxing card that would be the equivalence to boxing’s own version of a WrestleMania. This is a card that is stacked from top to bottom and includes a variety of different weight classes to give everyone something different and fulfill the interest level of all kinds of sweet science fans.

Remember, this isn’t just about throwing the best fights on one card. This card has to reflect a variety of different style matchups, outside the ring elements, and circumstantial prizes.

I now present to you, BoxingMania:

It begins and ends with a matchup between the two most noteworthy fighters in the sport. Mayweather and Pacquiao are true headliners. WrestleMania is all about culmination and there is no fight in the sport of boxing with more build up and demand than Mayweather-Pacquiao.

The one aspect that makes this fight the headliner worthy of BoxingMania is that it has a heel (bad guy) in Mayweather and a babyface (good guy) in Pacquiao. This is a very necessary element in a true headliner. The one correlation to be made with this fight and past WrestleManias is Mayweather’s undefeated streak. It can be compared with the Undertaker’s coveted WrestleMania streak, which ended last year at the hands of this year’s headliner Brock Lesnar. The difference is resume as the Taker has run the gauntlet throughout his WrestleMania career whereas Floyd has faced off with far fewer Hall-of-Famers.

I may have cheated a little with this fight because it isn’t a fantasy anymore, it will happen on May 2nd. The fantasy part is the undercard because Mayweather-Pacquiao’s will be dreadful.

This fight is the epitome of BoxingMania because it offers us a true headliner type fight in the co-feature’s spot. This fight could be a PPV all by itself and it would do well, but the point of BoxingMania is to go all out. Besides, as great of a fight as it is, Cotto-Alvarez is clearly second to Mayweather-Pacquiao.

Cotto represents the Undertaker’s role at past WrestleManias because Cotto is that veteran with a dedicated fan base, but he isn’t as active as he used to be. True, Cotto is the lineal champion, but he isn’t in the business of being a true defending champion that fights worthy opposition in his weight class. Like the Taker, Cotto shows up to get the biggest money possible and there is little need for buildup, although a fight with Canelo has garnered its fair share.

Canelo represents that opponent looking to capitalize off of a big win on a glorified stage, much like Taker’s past opponents.

You got to have the big guys. From Andre the Giant to Diesel, WrestleMania has always had the big guy element. Now, usually they’re facing off against men that were undersized and looking to slay a giant, but you get the point.

Klitschko-Wilder also offers up the classic USA vs. the world element. This year John Cena takes on Rusev to fill the void and gain some cheap chants of “USA, USA, USA.” Wilder would represent our American aspirations as we hope to recapture the lineal heavyweight crown. Unlike the scripted nature of wrestling that will most likely have Cena win back the United States championship from the Russian Rusev, Wilder would probably fail to bring the title back home.

Having a tag team title match is a must for WrestleMania, but boxing doesn’t have tag team matches. The closest thing to tag teams in boxing is probably father-son teams where the son is trained by the father. They usually don’t work, but a matchup between Garcia and Porter would represent two of the most successful father-son combinations in boxing today.

Obviously Porter is a welterweight and Garcia is a junior welterweight titlist, but that’s what makes this a “fantasy” fight card.

Angel is responsible for some of the greatest press conference moments in the last several years and Kenny is extremely thorough in his candidness. Both men have become mouthpieces at times for their son/fighters, but they’ve done it in calculated ways. Neither Danny nor Shawn have a problem letting their father’s play a role in the media, but more importantly the fathers’ of these two fighters have found ways to get their sons to respond.

The global aspect of WrestleMania is an important aspect and this fight offers up a clash of worlds. Froch represents a continent of fight fans that are as loyal as they are loud, they would show up in grand fashion. Chavez Jr.’s fan base is quite possibly the reason that boxing will never die. The two would bring in a fans from all over the world.

Wrestling has “hardcore matches” where everything goes and pure wrestling goes out the window as both men find whatever they can to hit each other with. Boxing has men like Rios and Lopez who will refrain from making the science sweet and focus on hitting each other with punches in bunches.

There were so many fighters that would make great matchups and I was pretty close to choosing Marcos Maidana vs. Lucas Matthysse, but I think Matthysse’s power neutralizes Maidana’s chin. Rios and Lopez will be fun and neither man will allow the other’s power to dictate the fight.

I don’t know if it goes the distance, but whatever ends this night early for either man would be devastating.

Just as necessary as the big guys are, so too are the little guys. This fight represents a matchup between the two best fighters at the smaller weight class. The WWE used to have a “cruiserweight” division, but it was obviously different from boxing’s division in that the typical 185lb wrestler is much smaller than a 185lb fighter. Most wrestling cruiserweights were 5 foot nothing wrestlers with the ability to fly high and do acrobatic moves that the bigger guys cannot do.

It might not be the slugfest that could be offered up between Gonzalez and other veteran fighters like Giovani Segura, Tyson Marquez, and Brian Viloria, but it is the kind of quality that exists in matchups that don’t involve fighters with too many miles.

So that is the card in its entirety. The case can be made that Ward-Golovkin and Kovalev-Stevenson are deserving, and they are, but again, this is about covering all the angles.

If this was a like wrestling, I suppose I should “call” Mayweather-Pacquiao’s match and it would go something like this: