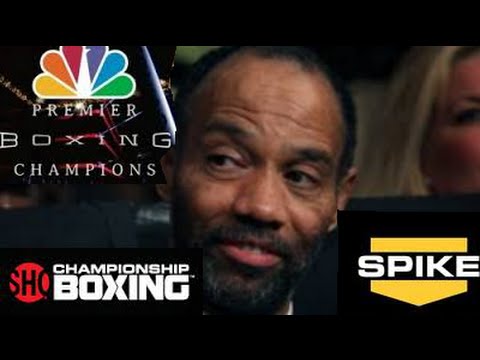 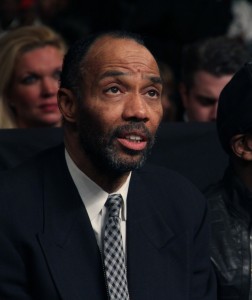 If the stories about Al Haymon’s takeover of ESPN’s “Friday Night Fights” are true, you can consider the war over. Al Haymon has won. A couple years from now the only promoter that will matter will be Al Haymon. Everyone else will have to work with him under his own terms. Five years from now boxers will probably be competing for the only belt that matters… the “PBC World Championship Belt”. Al Haymon may not have HBO, but he has taken control of every supply route that leads to the network. NBC, CBS, Spike TV and now ESPN?

Consider ESPN “Normandy”. In World War II, overtaking Normandy was a turning point for the allies that immediately threatened Germany’s industrial heart and opened up a land base through which the allies could safely bring in more troops. If the stories are true, Al Haymon can now use ESPN (along with other partners) as another avenue through which he can build his brand while denying his competition the most valuable resource in all of boxing… exposure.

In this “war” that Al Haymon has waged, the “industry” is the media and and “troops” are the fighters. ESPN is not just a content provider. They, more than any other source, create the narrative of the sports industry. ESPN makes stars. They turn regular season games into events and nobodies into celebrities. A partnership with ESPN means having a hand in molding the boxing narrative.

Where will Top Rank build their stars of the future? NBC? Nope, Haymon has it. Spike TV? Nope, Haymon’s got it. CBS? Nope. Do you see what is happening? Al Haymon is controlling all avenues through which boxing stars can be built and ESPN with it’s 115 Million sports fans, is the ultimate strategic stronghold. Al Haymon is paving roads for his troops.

It’s not just about getting fights in front of people. There is also the ability to influence the message… let’s call it “propaganda” to continue with this war thing that I am doing. ESPN is the sports news provider for over 100 million people. Being in business with ESPN means having a hand in what they decide to talk about. It may be very subtle, maybe an extra question about Danny Garcia on “Around the Horn” or an extra minute on Sportscenter about the next PBC card. It’s the combination of little things like this that can mold public perception, and ESPN has hundreds of ways to do this kind of thing.

This isn’t even something that has to be specifically agreed upon between Al Haymon and ESPN. “The Worldwide Leader” is in the ratings business. It is in their best interest to increase the viewership and prestige of anything they choose to air. If adding some shine to Haymon’s “PBC” brand will result in adding value to ESPN’s boxing shows, you can be sure they will do it. They would be foolish if they didn’t.

A partnership with ESPN not only allows Haymon to get the inside track on influencing the limited boxing coverage but it also allows him a soft-monopolization of it. As Haymon’s guys get more ESPN online polls, stories and interviews, everyone else’s coverage will suffer. This will result in less discussion of Top Rank/Golden Boy fights and fighters, fewer polls, less talking points and ultimately less star-making power.

In theory, Haymon could grow powerful enough over time to be able to influence how much airtime ESPN devotes to negative stories about his fighters. The NFL has taken advantage of the partnership in this way. In the last year, ESPN suspended Bill Simmons for three weeks for calling NFL Commissioner Roger Goodell a liar and the NFL reportedly forced ESPN to cancel their involvement in a PBS head injury special. Haymon may not be as powerful as the NFL, but these stories show that there is a precedent for ESPN doing what is in the best interest of their business relationships.

If Al Haymon can get ESPN in his pocket, he will control the information. The narrative is his. ESPN will make Al Haymon and Premier Boxing Champions look like the center of the boxing universe and that, in turn, will become the reality. A partnership with ESPN will a deathblow to the continued growth of any other rival promotions. It’s a strategic attack on the future of their industry, and it’s another brilliant move by Al Haymon.

The dynamic of the boxing industry is changing for the first time in 30 years. Bob Arum and Oscar De La Hoya look to be on the losing end of the first war. While Bob Arum was focusing on China, the real war was right in his own backyard. Top Rank and Golden Boy won’t go away, but their roles in the industry will be diminished as a direct result of their own complacency.

ESPN, CBS, NBC and Spike TV have all been available for years. Al Haymon was the only one that recognized their value and planted his flag. Instead of coming up with fresh ideas and new approaches, the old guard stuck with an antiquated battleplan that will leave them starved for resources. The war is almost over, and the ramifications will be felt in the years that come.