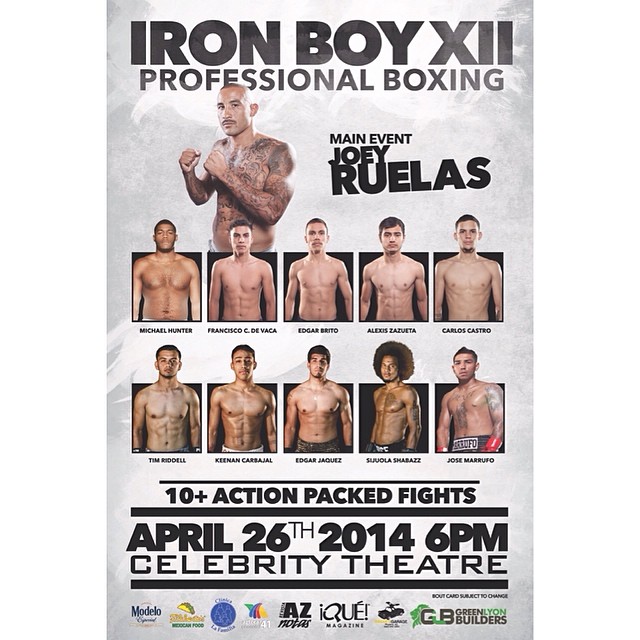 PHOENIX — April 27, 2014 — It was another electric night of fights at Celebrity Theatre in Phoenix, Arizona, as Iron Boy Promotions, in addition to putting on seven exciting live bouts, streamed four bouts world-wide, welcomed special guests, and announced its next event.

Boxing fans from all over the world were treated to a live, free, high-definition broadcast of Iron Boy 12, featuring the last four bouts of the evening.

To cap off the evening, Iron Boy Promotions announced its next event, Iron Boy 13, which will be the promotion’s first foray outside of Arizona.  On June 6th, Iron Boy will bring the same quality and energy to El Paso, Texas, and once again, will stream the card via the web.

We thank all the fans, friends, families, fighters and teams for another great night of boxing!