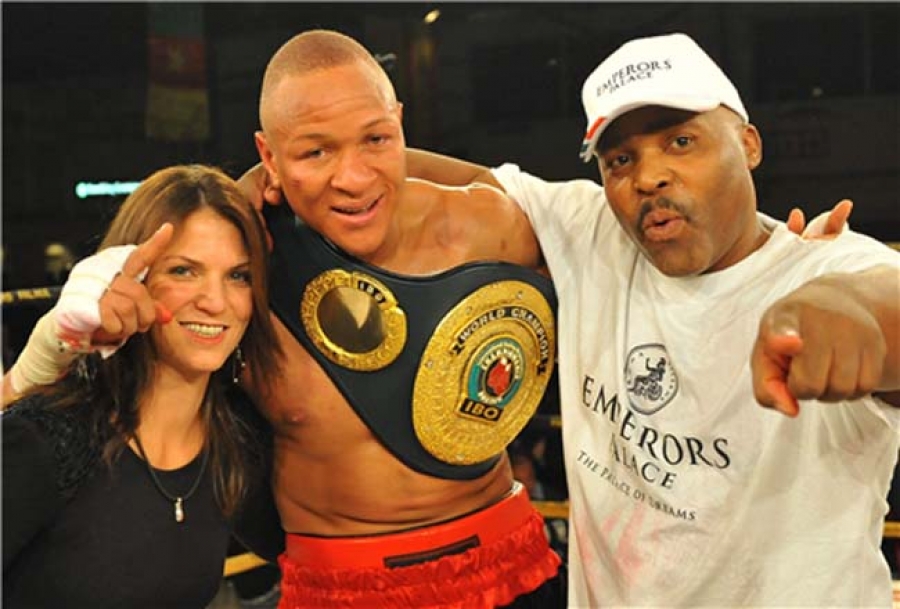 When one mentions the name of light-heavyweight title-holder Isaac Chilemba, you are bound to get a wide range of responses. Chilemba (20-1-1, 9 KOs) may not be the most commercially successful nor mainstream fighter of this generation, but there is no ignoring the fact that the “Golden Boy” is one of the most talented fighters in a relatively stacked division. As an up-and-comer, Chilemba was a staple in the South African boxing scene. After going 15-1-1 in his first seventeen fights, Chilemba was still a relatively unknown fighter. He was able to finally garner some exposure after securing a spot on ESPN’s Friday Night Fights series against Edison Miranda (35-2, 30 KOs). It was a grueling fight for both fighters, but it showcased Chilemba’s talent and toughness.

Chilemba was finally called up to boxing’s biggest stage as he signed on to fight the undefeated,  Zsolt Erdei (33-0, 18 KOs), in a fight that many felt had potential to solidify Chilemba’s status as a top contender. Unfortunately, Erdei bowed out of the bout, citing that he sustained a cracked rib in training. This led to an opponent change for Chilemba, as well as the bout being demoted to the un-televised potion of the night’s card. “It was kind of a put-down, but anything can happen in boxing. I was supposed to be on the main-card fighting one of the best fighters in light-heavyweight for my world title, but unfortunately he couldn’t make it because of a cracked rib.” Chilemba’s new opponent would be against a far less talented, but tough Rayco Saunders (22-17-2, 9 KOs) in an 8-round non-title affair. The fight would turn out to be a one-sided victory for Chilemba, but some couldn’t help but feel as if he was prolonging the fight.

Coming off the one-sided victory, Chilemba remained positive about the events that led up to this match-up with Saunders. “I trained for close to twelve weeks, but even though this wasn’t the opponent I was supposed to fight I put on a show. I’m very happy with my performance tonight.” When asked about whether he let the fight go longer than it should have, Chilemba was quick to respond, “Listen, he’s [Saunders] tough and I can’t take that away from him. He showed that he can take punches as well as he can give them, but he was too small. I wanted to show [everyone] how much I’ve improved. I can throw any shot I want, I can move the way I want, and I put on a show.”

Chilemba wasn’t wrong in claiming he was able to throw any shot he wanted in his contest with Saunders. Chilemba was able to rattle off combinations against the overwhelmed Saunders with ease, but his most effective shot(s) in the bout would be his uppercut. Chilemba has never been a fighter to throw as many uppercuts as he did in his last bout, so it appeared as if his new relationship with trainer Buddy McGirt has already begun to show results. Chilemba further reinforced this idea after speaking about he’s preparation for Saunders. “Yes, he’s got [great] height defense, and I knew that every time I’d jab he would cover up his whole body. The only punch I could get in properly was the uppercut,and it’s worked well.”

Chilemba continued answering questions about McGirt, further elaborating on the fighter/trainer relationship between the two. “He’s a good trainer. My style and his method of training fighters seems to mesh, and we just suit each other. There was nothing to change about my style, but he was just further pushing up (reinforcing). As you saw tonight [compared to] the way I fought last time, I was very different in my speed, movement, and all of my combinations. Like I said I’m very happy to be working with Buddy McGirt.” Another interesting point came up when Chilemba was asked whether he feared McGirt may stop one of his fights early based on his penchant for doing so. Chilemba responded, “No. That’s other fighters that he has worked with, and I’m someone different. All I know is that if we put up a good fight plan, worked well, and I was in good shape, then there is no reason to stop it.”

After his dominant win over Saunders, Chilemba is just hoping for an opportunity to land the big fight he so desires. To begin with, he still seems interested in getting a fight in with the undefeated Zsolt Erdei. “I would really love to fight him because ,as I said, he’s one of the best at light-heavy and I want to fight the best in my division.” Chilemba also wasted no time in challenging all of the top-5 fighters in his division. “I want them all. I want Chad [Dawson], I want [Tavoris] Cloud, I want [Nathan] Cleverly, I want [Jean] Pascal, and [Bernard] Hopkins if he’s still in the game. I want them all because all I want is to be the best in my division.”

There’s no telling just how Chilemba might hold up against his division’s upper-echolon of fighters, but one has to admire his courage in calling them all out. In a day and age where boxing’s best seem to be more about dodging fighters than challenging them, the “Golden Boy’ is hoping to to not only vault to the top of his division, but the highest level of the sport.