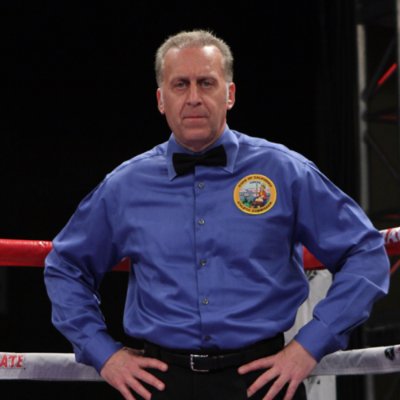 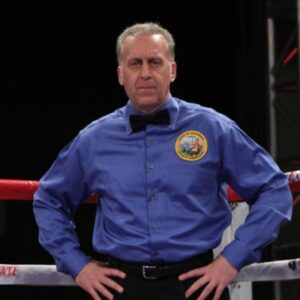 Referee Jack Reiss called the contest between Mauricio Herrera and Hank Lundy to a halt in the fifth round last night after Herrera suffered severe cuts over each eye in the first and second rounds from accidental head-butts.

Under the applicable rules on the evening, this meant the fight would go to the judges scored cards and decided by the totals they had tallied up to that point, giving Herrera the technical majority decision victory; 48-47, 48-47, 48-48.

Esnewsreporting.com posted a video with Reiss after the fight explaining to someone out of shot the process he went through en route to ending the contest prematurely.

“I noticed it from the first round when he got the cut. The cut was on the eyelid, okay? And, the fatty tissue was flapped out, and I was concerned he couldn’t see because it was flapped over his eye. But more importantly, when there’s a deep cut like that there’s nerve damage. The other part of it is, it was traveling. It was opening because of more punches and stuff. If it gets into the part of the eyelid where the bottom meets the top; nerve damage. He won’t be able to close his eye ever again.”

Herrera (now 22-5, 7 KO’s) has never been one persuaded to quit by pain’s often convincing arguments. He has shown his grit in the past in brutal affairs with Mike Alvarado and Ruslan Provodnikov and has done so again here. It was to his benefit and Reiss’s credit that he had the fighter’s long-term health at the forefront of his mind.

Hank Lundy’s record has now slipped to 25-5-1 with 12 KO’s with a second successive defeat in eight months. The 31-year-old Philadelphian lost a close split decision in December against Thomas Dulorme and was unable to get back on the winning track here.

However, there are inconclusive elements involved in both results that will allow his confidence to remain intact as he gears up for his next appearance.