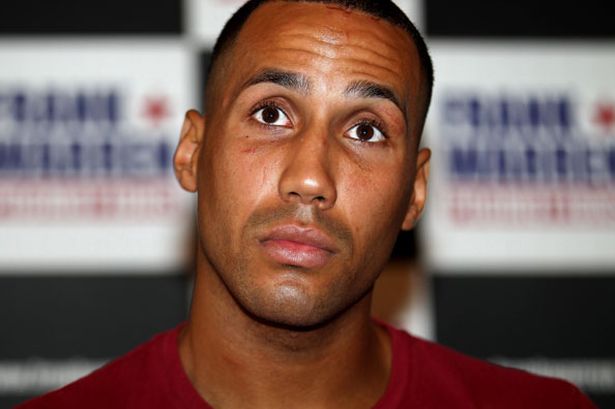 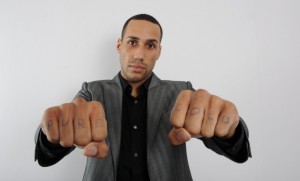 English star James DeGale (20-1, 14 knockouts) will have to travel to Boston to face former world title challenger Andre Dirrell, in a bout which will be contested for the vacant IBF super-middleweight championship, a belt vacated by Carl Froch earlier this year.

If he is victorious, DeGale will be the first British Olympic gold medalist to win a world title. He fought in the 2008 Summer Olympics in Beijing.
The 29-year-old was hoping to have the fight in England, but when the fight went to purse bids earlier this month, Warriors Boxing Promotions outbid Matchroom Sport $3.1 million to $2.1 million.

DeGale will, however, earn a minimum of $1.5 million on 23 May. In an interview with Macklin’s Gym, DeGale expressed his elation over the opportunity.

However, he also expressed his frustration about the longevity of the process.

“It’s just a bit frustrating because I’ve been training for the past eight weeks. Sparring, running, two-hour runs, twelve-round sparring, because obviously we were preparing for the 24th at O2.”

The fight was initially targeted for 25 April at the O2 Arena, but it didn’t come to fruition.

The O2 is an indoor arena located on the Greenwich Peninsula in London. In 2013, the O2 sold more tickets than the Manchester Arena and the Barclays Center combined.

DeGale added that it was nice to have a week off, but he’s ready to train once again for 23 May.

“I’m going to get back out here and go again for another eight weeks.”

Given that the fight is taking place just about a month after it’s initial target, there is always going to be a concern for over-training. Matthew Macklin got a taste of how devastating that can be when he was knocked out by Jorge Sebastian Heiland this past November when the two men fought for the WBC International middleweight championship. DeGale concurred.

“Of course. You can never over-train, but you can under-rest,” he added.

DeGale is phlegmatic in his belief that he will be crowned the IBF super-middleweight champion on 23 May, despite the fact that he will not have home advantage. When asked about how he felt about fighting in Boston, DeGale was insouciant.

“I’ve never been to Boston. I don’t mind America, and I don’t mind traveling. People forget that I’ve done it. As an amateur, I traveled all around the world and come out with medals, especially the Olympic gold medal as an 80-1 underdog. There was surprise that I even qualified for the Olympics. When the pressure is on, and I’m a little bit nervous, and I’m a little bit on the edge, that’s when you are going to see the best of me,” said DeGale.

Then, DeGale went on to speak about his opponent Andre Dirrell, who he respects greatly.

“I’m up against Dirrell; he’s a very good fighter, very tricky, very fast, very good with his feet, but I match him with everything.”

A concern for many fighters who travel the world for a fight, especially a world championship, is if they are going to get a fair shake from the judges. When asked if he was going to apply for neutral judges, DeGale said he would, but also admitted that it’s not a guarantee.

“It’s not even up to Eddie (Hearn). I’m just going to let him sort with all the judges side. I’m going to do everything properly because it’s been seven years and my chance is here. I can’t let this chance pass.”

There have undoubtedly been robberies in the sport before. For example, in March 1999, Lennox Lewis out-landed Evander Holyfield 348 to 130 in their heavyweight unification fight and it was ruled a draw. When asked if he had concern for American judges, DeGale took the high road.

“Probably, a little bit,” said DeGale. “But listen, I’ve got trust in the IBF and in the American people as well. I’m hoping that everything is fair when I go over there. All I want to do is make history, and earn my money, and that’s it.”

Either way, there will be a new sheriff in town atop the IBF super-middleweight division on 23 May in Boston. Andre Dirrell vs. James DeGale; let’s do it.