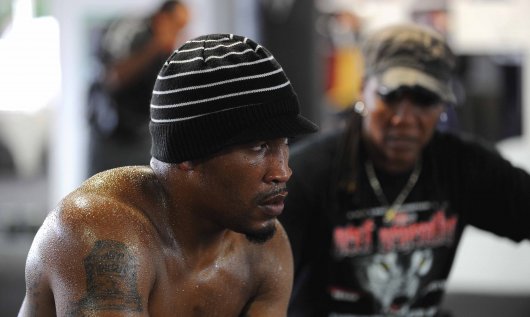 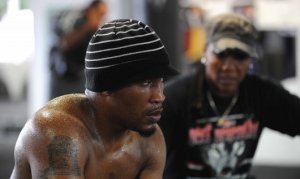 James “Mandingo Warrior” Kirkland has gone from promising boxer willing to fight anyone, anywhere to will he fight at all and is he in trouble with the law. That pattern has plagued Kirkland throughout different periods in his career and has come up again as Kirkland was set to take on “King” Gabriel Rosado on the undercard of Bernard Hopkins-Sergey Kovalev but that fight is no longer happening and fans are wondering will Kirkland ever fight again and if so will it be on a big stage for decent money or out of the public eye for chump change?

Money has been a major issue for Kirkland in the past and for his bout with Rosado Kirkland was set to receive a career high pay of $270,000 and even though he originally agreed to fight for that amount he then turned around and decided that it was not enough and pulled out of the fight claiming that there wasn’t enough time to prepare for the fight according to his lawyer Michael Miller.

“He said he wouldn’t have enough time to train even though he would be able to have an eight-week training camp,” said Miller. “I talked to [HBO executive] Peter Nelson and they said they were willing to commit to the same fight on a card in December instead, which would give James more time to train. And when I told him that then he said the money wasn’t enough.,” Miller continued, “first it was not enough time and then it wasn’t enough money.”

Kirkland can’t seem to make up his mind on if he will have enough time or enough money but one thing is for sure, if he continues turning down fights after accepting and sitting on the shelf no one will want to do business with him at all.