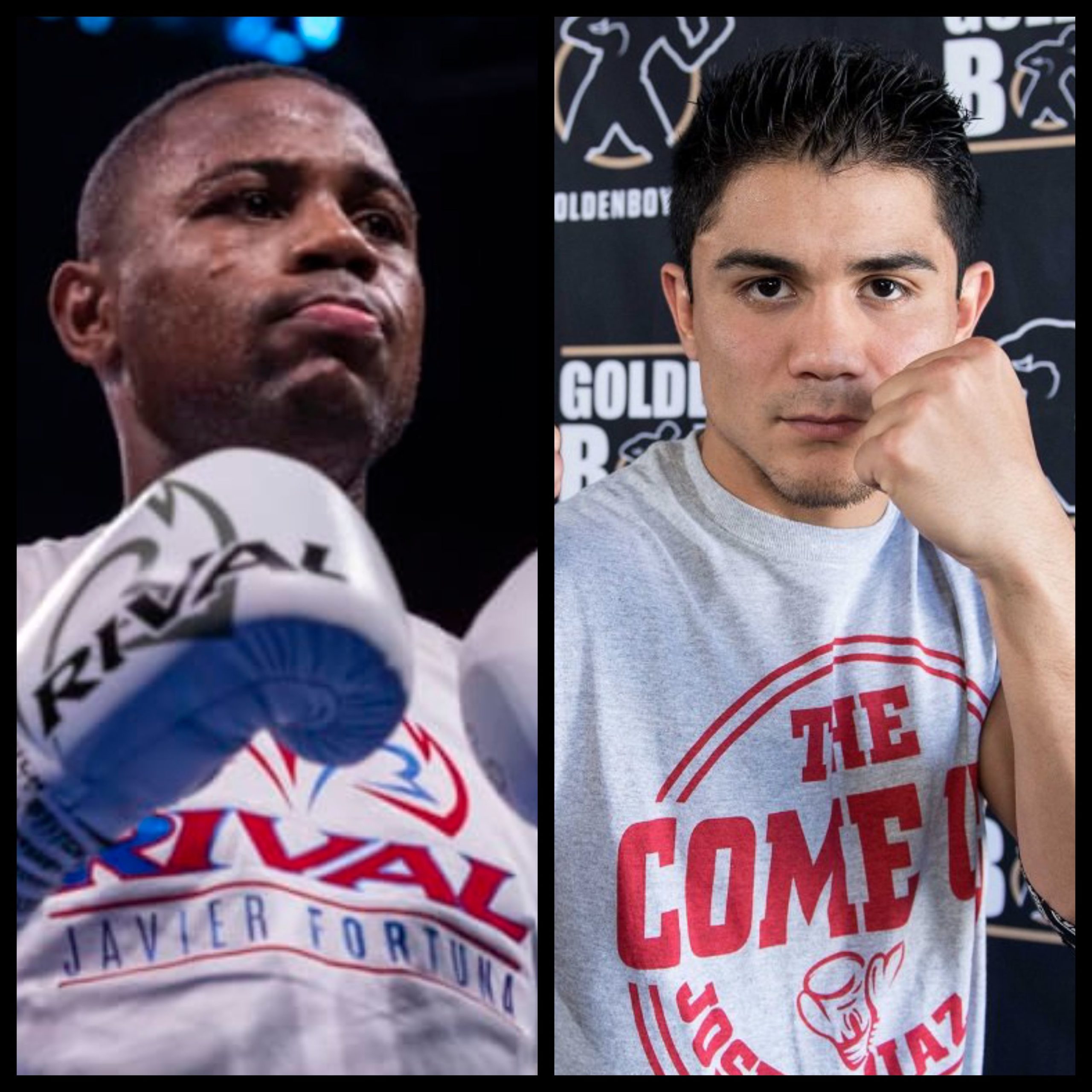 It was just one month ago that a fight between Ryan Garcia and Javier Fortuna was announced and boxing fans were pleased with this matchup. Fans have wanted to see Garcia continuing to step up in competition and this was the fight to keep him along that path. For Fortuna, this was a chance to get closer to a title shot and to hopefully get a fight that doesn’t fall through.

The fight ended up getting scrapped two weeks later as Garcia pulled out due to mental health issuesand Fortuna was left without a dance partner.

Joseph Diaz Jr. stepped in the picture (somewhat similar to what Victor Ortiz did against Andre Berto) after Garcia pulled out and stated that he would be more than happy to step in but alas, was not meant to be.

Mike Coppinger stated on social media today that sources have informed him that the fight will indeed take place but it won’t be a short notice fight like Diaz was more than willing to do. Instead, this fight will have a full camp and will take place July 9th at 135 lbs. On DAZN.

Diaz’s last fight was anything but spectacular and the weight issue seems to have been a contributing factor to it. Not only did Diaz lose his title on the scale he failed to get a win and had to settle for a draw.

Fortuna has been on a little tear since losing to Robert Easter and a no-decision against Adrian Granados. He’s gone 3-0 with 2 KO’s and will be looking to make an example of Diaz who will be moving up in weight.

This fight should be a banger because of that hunger Fortuna will bring and Diaz wants to show he is among the best and what happened I’m his last fight was a fluke.