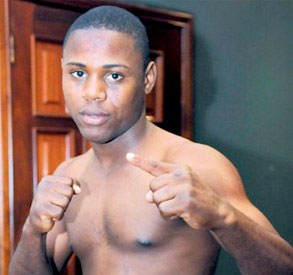 Tickets start at $40 and go on sale today (Tuesday, April 2) at 5 pm ET for the Friday, April 19, 2013, “Fortuna vs. Zamudio”, a night of world-championship professional boxing being presented by Sampson Boxing at the Tropicana Casino & Resort in Atlantic City and live on ESPN Friday Night Fights.

This will be the first title defense for the always exciting Fortuna, who won the crown last December against Ireland’s Patrick Hyland via 12-round decision.

Completing the televised tripleheader will be Ghana’s (14-0-1, 7 KOs) taking on the Dominican Republic’s Jonathan Batista (13-0, 6 KOs) in a six/eight-round welterweight battle of undefeateds.

Sampson Boxing President, Sampson Lewkowicz, says he’s excited to be bringing an event like this to the Tropicana.

“This is going to be a great show. We have a world-championship fight in the main event between a Dominican and a Mexican, so that will be very exciting and the two supporting bouts are between top up-and-coming fighters. It’s a terrific night of boxing and I’m very happy to be able to bring it to a world-class casino like the Tropicana.”

After 5 pm today, tickets for “Fortuna vs. Zamudio” will be available at all Ticketmaster outlets, Ticketmaster.com, by calling 1-800-745-3000 or at the Tropicana box office on fight night.

Four other bouts featuring local favorites are also scheduled and will be announced shortly. On fight night, doors open @ 6:30 pm and the first fight is at 7:00. The Tropicana Casino & Resort is located at 2831 Boardwalk in Atlantic City.
Tweet