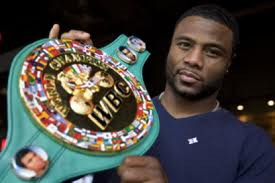 Fresh off his victory over Lucian Bute, Jean Pascal was filled with a different kind of emotion towards the man he faced just a couple of days ago. Pascal felt empathetic towards Bute for the way Bute’s trainer criticized and treated his fighter after the fight had finished. According to Pascal, you win as a team and you lose as a team and Bute was treated in an unjust manner.

“I do not want to throw rocks at Stephan Larouche but I found that he was really hard on Lucian after the loss,” said Pascal. “We win as a team and we lose as a team. When I lost, we never saw my coach criticize  me that way. Larouche should stop doing that. Perhaps the chemistry is not the same between the two.”