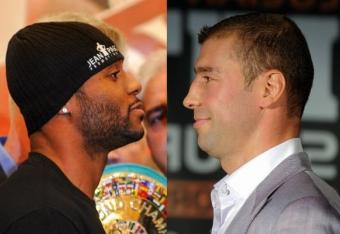 Canadian superstar Jean Pascal took a break from his intense training camp to talk a bit about his career, more importantly his upcoming fight with fellow Canadian Lucian Bute. Pascal reflected on Bute’s loss to Carl Froch and believes that Froch had a good night and Bute, though skilled, may have just had an off night.

Almost every fighter predicts a way an upcoming  fight is going to end, and Pascal was no different.  “If you want to bet, bet on the fifth round,” Pascal said.

Pascal may be going for the knockout  but it has yet to be seen how his shoulder, that he has had chronic problems with in the past, will hold up against a fighter of Bute’s caliber.