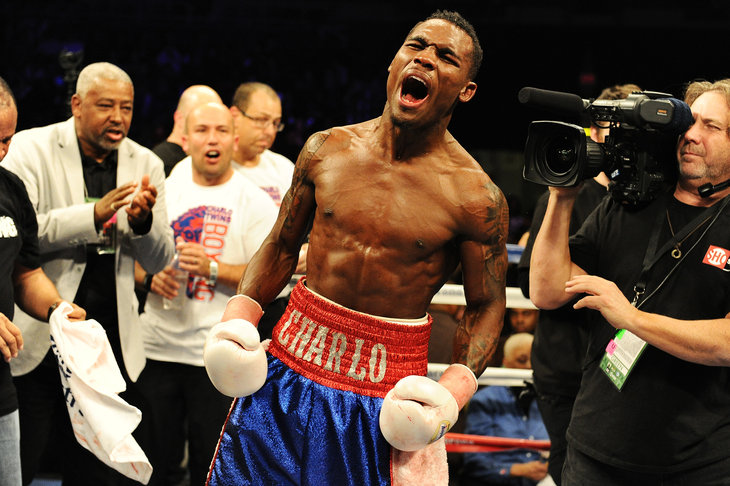 In the opening bout of the May 24th Showtime Championship Boxing broadcast, Jermell Charlo (24-0, 11 knockouts took on Charlie Ota (24-2-1, 18 knockouts) in a junior middleweight bout. The bout was set to determine the next up-and-coming contender in the division, but the main purpose of the match-up was to serve as a showcase for Charlo.

From the earliest moments of this fight it was clear that Charlo was the superior boxer. With good hand speed, footwork, and head movement (when utilized) Charlo was able to simply out-punch Ota. Where Charlo found most of his success however was in utilizing a jab and hook combination that would prevent Ota from coming in.

As much as Charlo did to keep Ota at bay, Ota still managed to come in and actually drop Charlo in round three. For some unknown reason, Ota remained patient in his attack following the eight-count of Charlo. It’s a decision that may have ultimately cost Ota the victory thanks to a quick recovery by Charlo.

After being caught with that looping right hand by Ota, Charlo was careful to make sure that Ota wouldn’t have another opportunity to land one. Charlo went right back to utilizing the jab and some solid head movement, but also became focused on landing the same left hook over and over.

It wasn’t clear whether Charlo was hoping to land some kind of one-punch knockout, but one thing that is clear following his decision victory is the fact that he is most certainly not a big puncher. The following rounds proved to be much of the same. Ota came forth and tried to land another right hand bomb; Charlo avoided it or ate it; Charlo rips Ota with a solid combination and backs him up to win the round. It’s a rinse and repeat approach to fighting that certainly didn’t lend itself to be the most fan-friendly of fights, but in the end it got the job done.

At the end of the day, Charlo kept his undefeated record intact, but the rather unimpressive win goes to prove that the young fighter has a long way to go before he could ever be considered the superstar he so desperately wants to be.