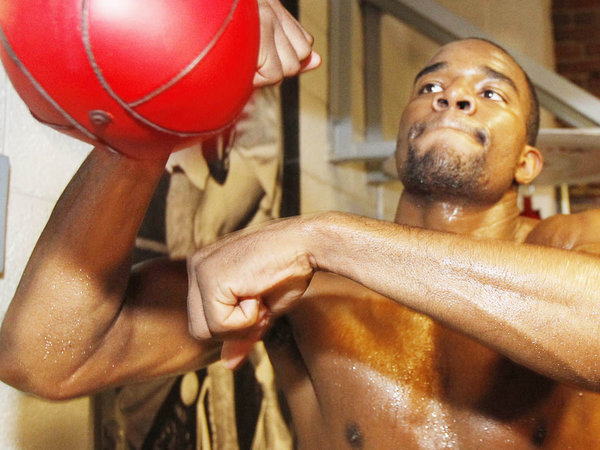 Edgar Berlanga had a bittersweet moment last Saturday. His first-round knockout streak came to an end and he went the full distance for the first time as a pro without getting a stoppage. The sweet is he got the victory and is still undefeated.

Fans are mixed on what transpired though. There’s a lot of hype behind Berlanga. Some feel it was a learning experience for the young Puerto Rican while others feel there’s too much sizzle and not enough steak. Is he ready for that next level or is there much more work that must be done in order to level up?

Jesse Hart feels that Berlanga is not ready to step in the ring with the likes of him. Hart slammed Berlanga on Twitter in a series of Tweets warning Berlanga and his handlers to stay back and don’t jump the gun.

“This kid not ready for me he needs more time.”

“He need more time before he gets in there with me it’s check mate.”

“I fought the hard punchers I won some and some I learned from but he’s not beating me.”

“I mean Timothy Bradley and Andre Ward [are] right. Edgar not ready for me. His management and handlers should think about it first.”

“When young fighters start to believe in their own hype it’s bad. I fell victim to that in my career once by a kid name Dashawn Johnson. I showed no respect. Thought I was gonna knock him out turned out he took me to a near death experience. A journeyman considered to some.”