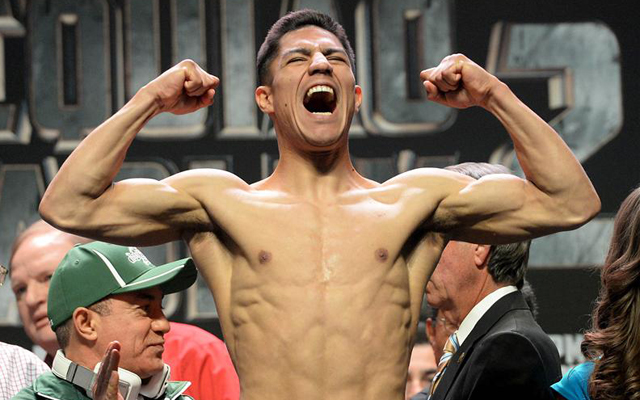 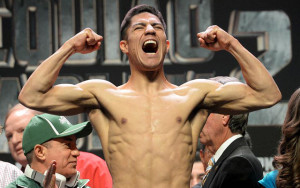 Ten months ago Jessie Vargas (27-1, 10 KO’s) faced off against Timothy Bradley (33-1-1, 13 KO’s) and came close to the biggest victory of his career when he rocked Bradley in the twelfth round of their fight. Bradley was lucky to stay on his feet as he was badly hurt when the referee stepped in to wave off the fight which later turned into him believing that the final bell had rung.
Emotions were high and Vargas felt rightfully screwed by the referee’s actions but during the post fight interview Bradley stated that he would give Vargas a rematch. Here we are almost a year later and the chances of a rematch happening are slim. Bradley recently came out saying that he has no interest in a rematch with Vargas unless Vargas makes some more money and makes a better name for himself which hasn’t sat well with Vargas.
“It’s a shame that he would show himself to be a coward that refuses to give me the rematch,” Vargas told Fight Hype. “He gave me his word in front of the world on national television that he is going to give me the rematch and now he is insistent that he is not going to fight me and that I should go out and fight other fighters.”
Bradley has come up with different demands for Vargas in order for a rematch you happen. Vargas has done everything that Bradley wanted including fighting and beating Sadam Ali whom Vargas says Bradley refused to fight.
“Man, first you tell me that you’re going to give me a rematch once, twice and then you tell me to contact your people and I contact your people, still no rematch. You tell me to fight Sadam Ali, I fight Sadam Ali and take care of business and knock him out. Something you have not wanted to do for over a year. He’s been ranked number one for over a year and Tim hasn’t wanted to give him the fight. You know I did.  I didn’t have a problem with that and I knocked him out in nine rounds and now after he sees me coming out stronger than ever… actually as strong as he remembers that twelfth round and now he’s refusing to give me the fight.”
After everything that Vargas has gone through to try and secure the fight he does not want to hear any more excuses from Bradley and believes Bradley is afraid to fight him for the second time.
“He’s telling me to fight other fights . He’s just a coward.”
Tweet