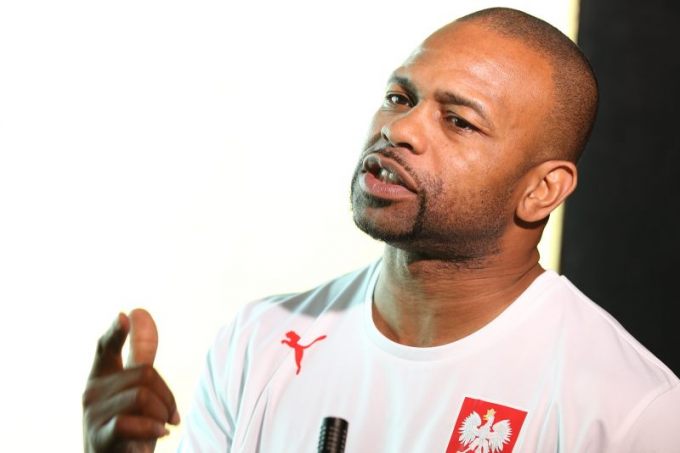 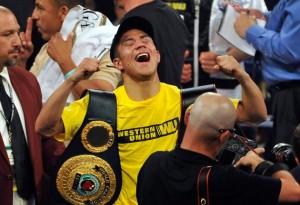 WBA World super-lightweight champion Jessie Vargas(26-0, 9KO’s) is set to take a huge step up in class when he faces Timothy Bradley(31-1-1, 12KO’s) in Carson, California on June 27th.

According to an article by Steve Kim on Boxingscene.com, Vargas will be moving up to welterweight to take on the former two-division champion Bradley, who is looking to get the ball rolling again after a 2014 he would rather forget. He suffered his first professional loss in a rematch with Manny Pacquiao before getting his face disfigured in a debatable draw against the little known Argentinian Diego Chaves. Vargas represents a credible opponent who lacks any real firepower, much like himself.

Vargas has been under the tutelage of Roy Jones Jr for the last few months, and they are 1-0 as a pair with his last win over Antonio DeMarco in November. Jones spoke to ‘Dontae’s Boxing Nation’ and discussed the challenge ahead for him and his fighter.

“We going to see Timothy Bradley next. I didn’t wanna see that cos Tim Bradley is a tough guy with a big, hard head, but that’s what they say we gotta do.”

That’s a funny way of saying Bradley can take a punch, but it’s true. Bradley, often against evidence to the contrary, sometimes feels it is a prudent measure to engage in wars in some of his fights. His thriller against Ruslan Provodnikov two years ago is the perfect example of his temperamental nature; a contest in which he showed his toughness, determination and in spurts, his boxing ability. He can pick quick punches on the back foot and deliver sharp counters when he chooses to, but often opts to plant his feet and engage when it is not in his best interest.

Jones Jr recognizes the difficulty a fighter like Bradley poses. On top of the traits listed above he is also bullishly strong when any inside grappling commences, and awkward to tag when he starts swaying at the hips to avoid the punches coming his way. Pacquiao only overcame him with volume in a very close fight, and he missed an awful lot that night.

Regardless of his initial hesitancy, Jones Jr admits that these kind of challenges are unavoidable if a fighter truly wants to make it all the way to the top.

“For me in boxing I don’t duck and dodge nothing. If it’s Tim Bradley we gotta go to, Tim Bradley it is. Tim Bradley’s a great fighter, strong fighter, a tough character to deal with in every aspect of boxing. That’s why I didn’t necessarily care for the fight because he’s a guy you gotta watch for everything. He’s a technician. With that being said though, to get to the next fight sometimes you gotta beat the guy that’s there at the door.”

And Vargas is going to need a bag full of tricks if he is to make it through that door. He doesn’t have the power to dissuade Bradley from initiating his own attacks, so will have to rely on his own boxing ability, his accuracy and output, to beat a man who up until last year was right near the top of most people’s ‘Pound-for-Pound’ list. If he is successful, the whole boxing world will have to stand up and take notice. Jones Jr himself agrees that a win here should elevate Vargas to superstardom.