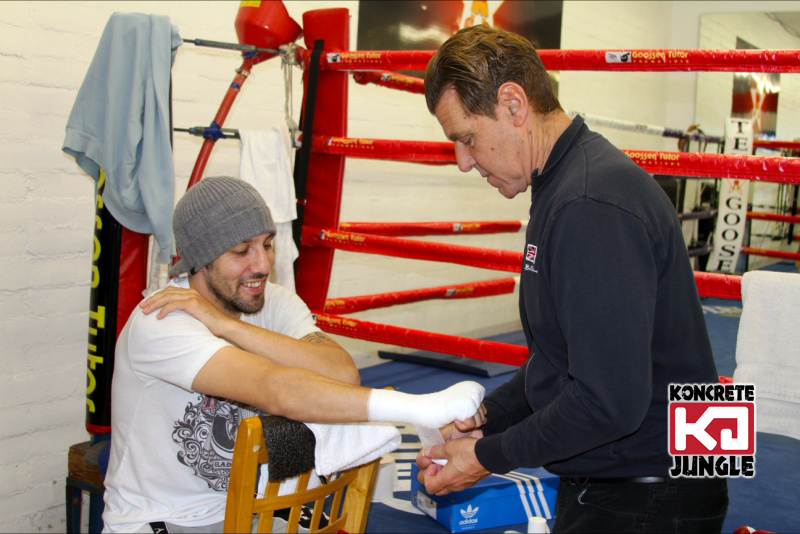 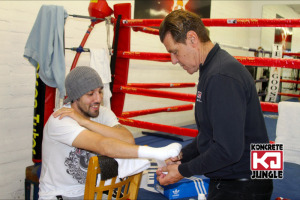 John Molina has had a wild career of highs and lows, ups and downs. From Molina’s comeback wins over Hank Lundy and Mickey Bey that seemed written out of the realms of a Hollywood movie script as he landed heroic knockouts in both fights. At the same time, Molina seems to always lose that one fight that would solidify him as an a-side opponent as he lost to Antonio DeMarco, Andrey Klimov and Humberto Soto most recently. It has been a confusing career, but one that has had the fans behind him the whole way with his fighting style.

Another constant has been Molina switching between camps, but he always finds his way back to one man, Joe Goossen, the trainer that has always been there in the end for Molina. Speaking with Fernando Pimentel of ThaBoxingVoice.com, “You know John [Molina] and I have a special relationship. If we were the same age and we where in high school we probably would be best buds,” the famed trainer joked. With that being said Goossen explained that the absences from the camp can be chalked up to friends having disputes, but nothing more than that.

“I have trained him for a number of years , we have had numerous successes and a few disappointments, but overall it’s been a very positive relationship.” Goossen explained. Goossen went on to say that Molina has a fight in January, but is unaware of who it might be. Since Molina is an Al Haymon fighter we might guess he could end up on the Bermane Stiverne vs. Deontay Wilder undercard that is yet to be announced. The big words though are that Goossen hinted that after the January fight ‘something big could be after that’ hinting at a big match in 2015.

Regardless of what you think of Molina in a big fight or not, the emergence of Molina with Goossen can only be positive for fight fans as the best incarnation of Molina was under the tutelage of Goossen.