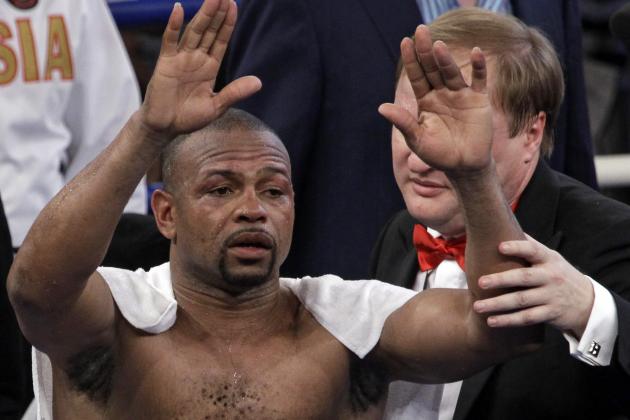 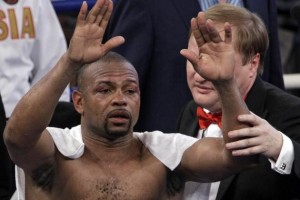 Watkins ate a series of left hands as he was backpedaling – including a left hook – which knocked him out. Although the ferocity behind the shot was a far cry from Jones’s prime, he still managed to ice Watkins.

Jones fought with his hands down and slowly disintegrated his opponent with left hooks, jabs, and right hands. It was like two cowboys coming into a gun-fight, but one man brought a BB gun while the other brought a shotgun.

Jones is scheduled to fight at least twice more this year against unknown opponents who he will likely bulldoze, potentially setting himself up to fight Krzysztof Glowacki (25-0, 16 KO’s), who shocked the boxing world last Saturday with an 11th round KO of former champion Marco Huck (38-3-1, 26 KO’s), who was making his U.S. debut.

Jones has been brutally knocked out four times in his career by the likes of Antonio Tarver, Glen Johnson, Danny Green, and Denis Lebedev.

The Lebedev knockout was frightening, as Jones fell straight to the canvas in a heap after taking four fierce lefts before finally crashing down.

After the beating we saw Glowacki hand to Huck over the weekend, there is no justifiable reason to put Jones in the ring with him. The commission should do anything in its power to protect Jones – take away his license for good measures – or find Glowacki an actual contender.