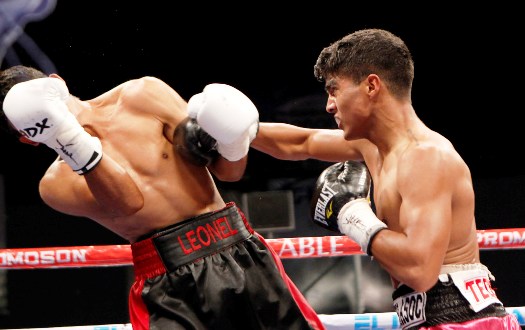 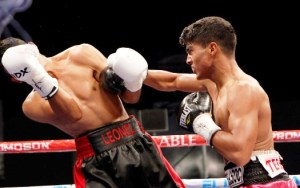 2014 has been a busy year for Jose Luis Castillo Jr. He has been busy fighting a total of five times this year and has had a few ups and a few downs but he has remained a student of the game and continued learning throughout each experience.

“It’s been a tough year but not because I had my first loss but because some hard things have happened to me,” said Castillo. “I have learned a couple of  things. First, you have to train really hard for every fight that is coming and there are no small rivals. Second, don’t get too excited about something of the future. As they say, you want God to laugh at you? Then tell him your plan.'”

Castillo has some big plans for next year and plans on using what he learned this year to push himself ahead and continue staying busy but he still has some odds and ends to prepare himself for bigger and better stages.

“If God gives me the opportunity to keep winning fights I see myself making my U.S. debut and why not a minor belt by the end of the year. There’s a big chance for me to fight in the U.S. next year. Right now I’m straightening my mind and getting some mental help to get through that stuff and keep going.”

Getting to a bigger stage is no easy task. There are many pressures for young fighters but for Castillo he has added pressure due to his father’s legacy but it has added motivation for the young fighter as well.

“[I’m motivated by] keeping the legacy of myself and the name of my father. I want to make my own history but it’s hard with that name on my back but I have to make the best of it.”