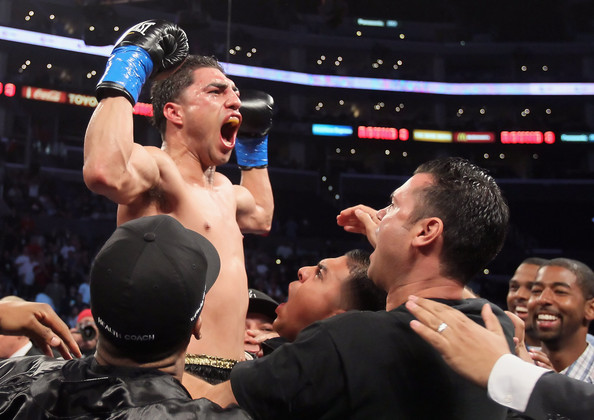 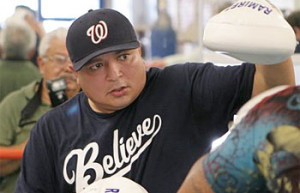 Josesito Lopez is training for his 2015 debut in March according to an interview with his trainer Henry Ramirez. Ramirez is expecting a big year for the “Riverside Rocky” (33-6, 19 KO) as they left to Big Bear this Wednesday for training camp.

Lopez is reportedly going to fight former welterweight titleholder Andre Berto on March 13 according to an article on fightyhype.com.

Although Lopez has been training for some time, it was only recently announced who his opponent would be. Lopez’s powerful adviser Al Haymon has an enormous pool of talent to choose from when matching his fighters. Fans kept an ear to the ground waiting for the announcements of fights they wanted last year.

Even though, boxing fans weren’t calling for Berto-Lopez, it is still an intriguing match up and fans should expect excitement when the two talents collide.

“Al Haymon has plans for everybody at 147, you know putting everybody in big fights and so many different names that you can mix and match [fighters in fights] that are appealing and attractive match-ups,” Ramirez said.

Big Bear Lake is located in the San Bernardino Mountains just an hour away from Lopez’s hometown Riverside in Southern California. It has been a popular training site for former and current champions like Oscar De La Hoya and Gennady Golovkin.

Lopez has already been in training for a month and when asked about the move to Big Bear Ramirez explained that it was the right move at the right time for Lopez.

Accompanying Lopez to Big Bear will be stablemate Chris Arreola (35-4, 31 KO), who is expected to be on Lopez’s undercard. Arreola had to pull out of December’s “Night of Champions” card due to an injury.

“[Arreola’s] going to be on that card also. Like I said, looks like [they’ll be scheduled for] mid-March so he’s going up to Big Bear also. He’ll be up there in Big Bear with us for seven weeks.”

Although Arreola will be in camp with Lopez, it was Lopez’s idea to head north in preparation for March.

Leaving behind home and family is often demanded of both fighters and trainer, and it can be difficult. However, Ramirez enjoys the benefits.

The security of knowing where your fighter is, and the people surrounding him is important to a trainer. Knowing that your fighter is focused and had a successful training camp without distractions can give an important edge going into the fight.

“Now for these big fights we get away and its great man, you know where they’re at 24/7.”

Both Lopez and Arreola will be coming off of prolonged training camps, and they’re both one big win away from another title shot.