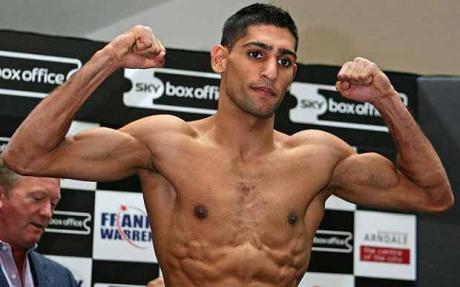 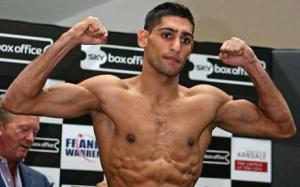 Amir Khan (29-3 19 KOs) may have a new foe the end of the year, as longtime tough guy Josesito Lopez (32-6 19KOs) maybe heading towards a bout in December as first reported by Steve Kim. Lopez, who is a currently ranked #11 by WBC would make for an interesting bout in one regard, he hits like a mule and has proven that he can upset the apple card on any given night. Likewise, Khan has shown a lack of an ability to take a punch at times and also tends to walk into hard shots from lesser opposition at times.

Lopez who upset Victor Ortiz by breaking his jaw at the end of the ninth round forcing Ortiz to retire on the stool in 2012, could be accredited with retiring Ortiz. This would also mark the fifth high profile fight over the last three years that Lopez has fought Jessie Vargas, Victor Ortiz, Saul “Canelo” Alvarez, Marcos Maidana, and then if this comes to fruition Amir Khan.

On the flip side, Lopez is a meager 1-3 in his showings against elite level competition though many ringside pundits feel Lopez defeated Vargas in their fight on the Mayweather-Ortiz undercard. Another question is: Would this be a big enough win for Josesito Lopez to pole vault into a fight with Floyd Mayweather or Manny Pacquaio, as Amir Khan seemingly is looking for the biggest fight possible?

Some writers are criticizing the move by Amir Khan as Robert Guerrero, Keith Thurman and Devon Alexander are all out there with no fights booked, but it appears Khan may be going with the best fight for himself as a brand. Khan who showed dramatic improvement in his last fight doing something he hasn’t done in his losses, hold. Khan now appears to employ less of a lion heart ideology and now if he feels the heat grabs his foe and forces the fight on the inside to virtually not exist, much like what Shawn Porter experienced against Kell Brook.

The big question remains do people want to see Josesito Lopez fight Amir Khan, which is rumored to be taking place at the StubHub Center in Carson, CA  but unconfirmed at the present moment?